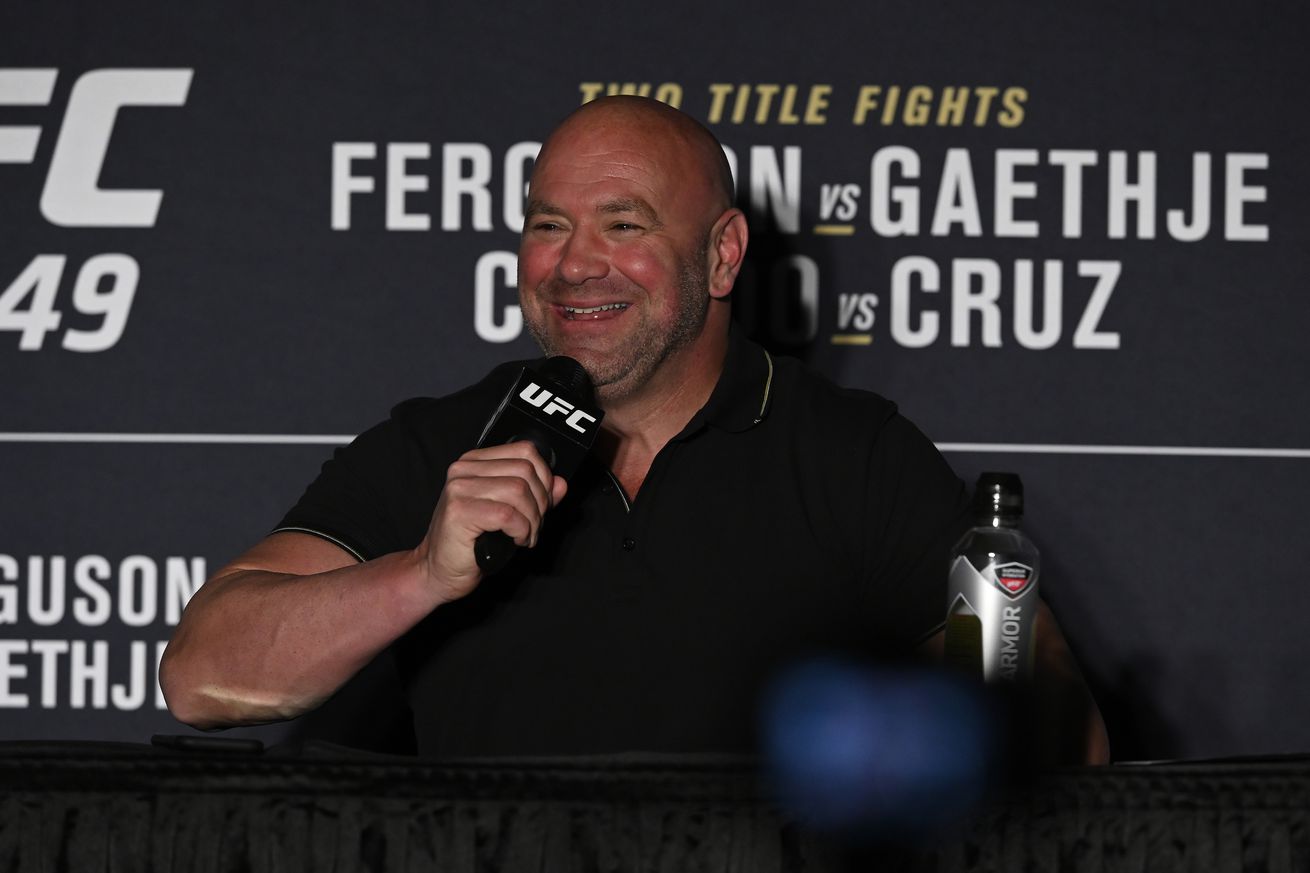 This whole “Fight Island” idea is getting so good that Ultimate Fighting Championship (UFC) president Dana White plans on staying at the undisclosed location for the entire month of July.

Despite returning from COVID-19 quarantine earlier this month to stage three successful events in Jacksonville, Fla., UFC still needs an out-of-country destination to host fights involving international talent. After all, some of the promotion’s biggest stars currently reside in areas outside of the U.S. and have no way of getting into the county to compete.

While the idea was first proposed back in April to combat widespread coronavirus restrictions, “Fight Island” is a work in progress and continues to evolve into one of the strangest truths of 2020 (right up there with UFC not booking Jon Jones vs. Francis Ngannou). It has taken White and company time to not only build “Fight Island,” which will feature an Octagon on the beach, but also work out the logistics of such an odd venture.

In a recent interview with UFC announcer Jon Anik (shown below via ESPN MMA), White offered more details regarding the mysterious “Fight Island” and his plans to set up shop for an entire month.

“Right now, we’re looking at June and we’re literally going to knock out three or four fights there in a month… I’ll probably be there the whole month of July.”@danawhite gives @Jon_Anik the latest update on Fight Island pic.twitter.com/J5r6dbHnFn

“Right now, we’re looking at June and we’re literally going to knock out three or four fights there in a month. I’m going to stay on the island for a month. I’ll probably be there the whole month of July.”

An entire month? I guess White will have to leave his luxury pool, arcade and indoor basketball court behind.

This entire situation continues to be a work in progress as UFC attempts to lead the way for all professional sports, but combat fans can certainly count on “Fight Island” happening at this point. We really don’t know what that means or how it will look, but the promotion has been pushing the envelope up to this point so it’s probably going to be awesome.