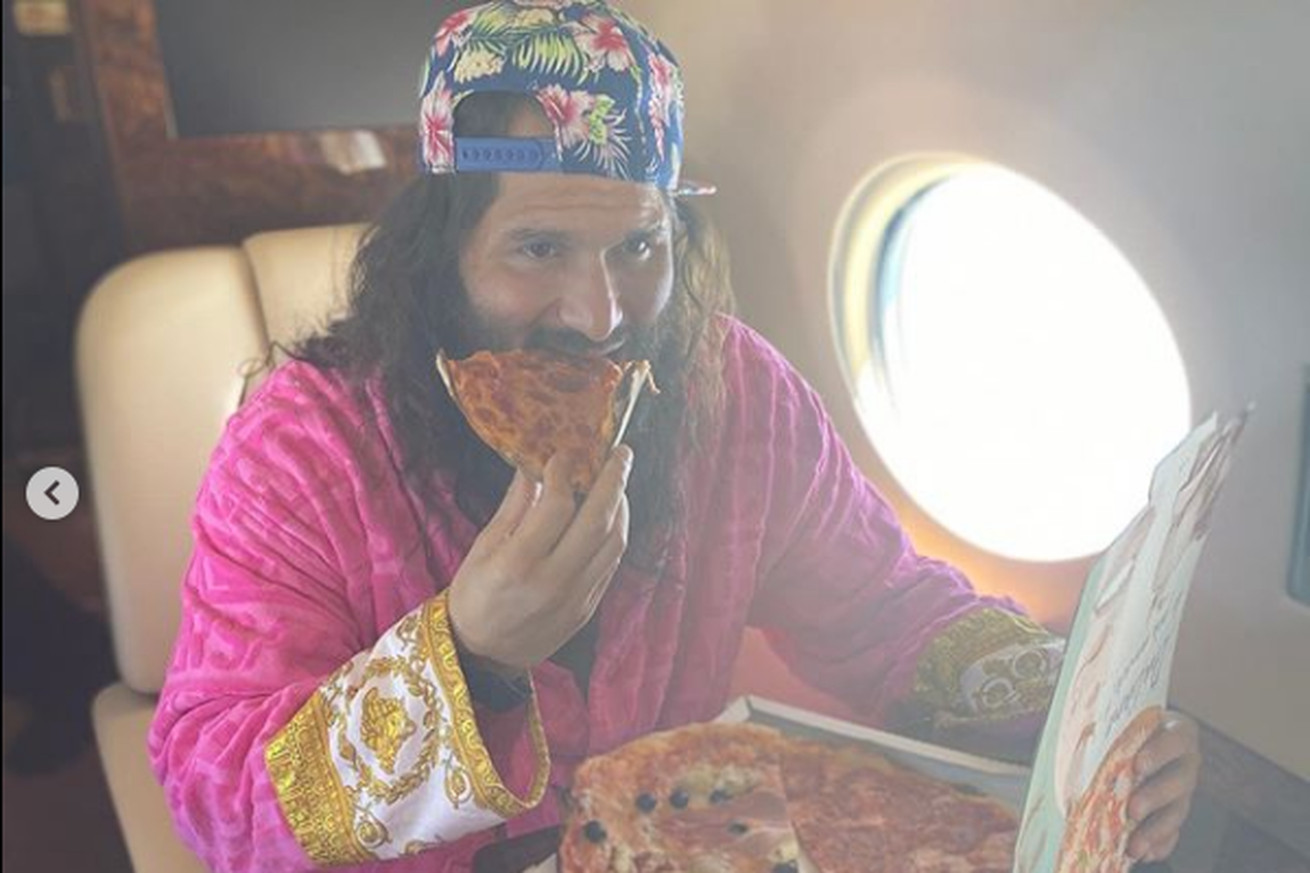 The “BMF” does whatever the “BMF” wants.

Jorge Masvidal took his agent’s private jet out of Las Vegas, Nevada to make the long trip to Yas Island, Abu Dhabi, where he will face off against Ultimate Fighting Championship (UFC) Welterweight champion, Kamaru Usman, in the revamped main event of UFC 251 on Sat. (July 11, 2020).

So during his luxury flight over the Atlantic Ocean, “Gamebred” had the craving for pizza and made a pit stop in Rome to grab a slice or three, before hopping back on the jet en route to “Fight Island.” I mean, if you have the chance to grab an authentic Italian slice straight from the motherland, you take it.

After stocking up on pizza (and more than likely some fuel), Masvidal an Co. continued the trek to the United Emirates where he hopes to reach the pinnacle of the sport by winning UFC gold after 20 years in the game.

He will have to do it without one of his key coaches, though, as Mike Brown will not be joining him on Yas Island after testing positive for COVID-19.

Remember that MMAmania.com will deliver LIVE round-by-round, blow-by-blow coverage of the entire UFC 251 fight card this weekend RIGHT HERE, starting with the ESPN+“Prelims” that are scheduled to begin at 6 p.m. ET, then the ESPN portion at 8 p.m. before the PPV main card start time on ESPN+ at 10 p.m. ET.

To check out the latest and greatest UFC 251: “Usman vs. Masvidal” news and notes be sure to hit up our comprehensive event archive right here.