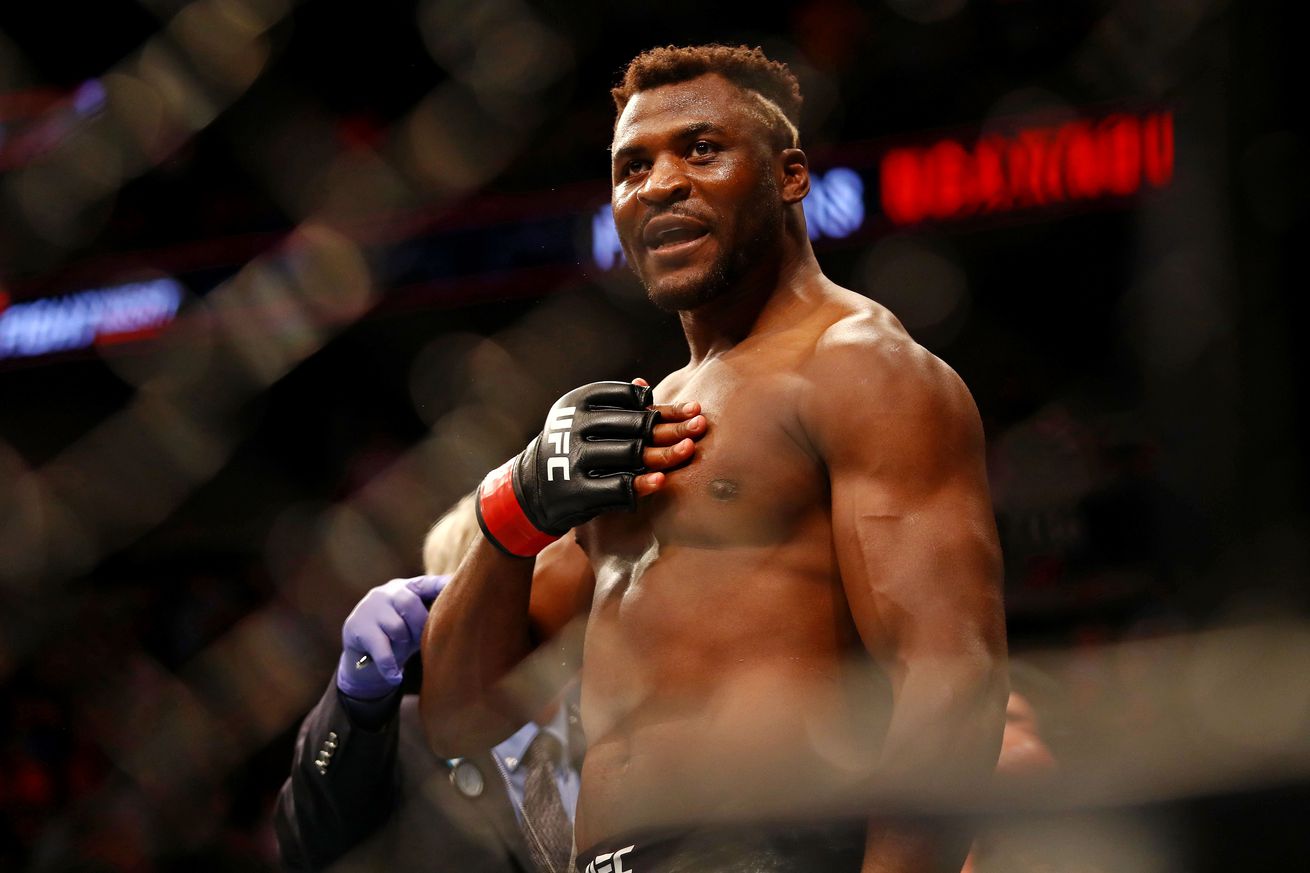 Even without a UFC heavyweight championship belt wrapped around his waist perennial contender Francis Ngannou may be the most feared fighter on the planet.

Ngannou, who just missed out on a prime opportunity to welcome the great Jon Jones to the heavyweight division, has decimated almost every single opponent UFC has thrown his way. Since making his promotional debut back in 2015, “Predator” has claimed first-round knockout victories over the likes of Cain Velasquez, Junior dos Santos, Alistair Overeem, Andrei Arlovski, and Curtis Blaydes.

Not to mention his most recent 20-second knockout finish over surging heaving striker Jairzinho Rozenstruik at UFC 249 earlier this month.

While some may think that Ngannou’s knockout abilities have come into full effect since becoming a member of the highest MMA ranks, “Predator” has been utilizing his legendary punching power since turning pro back in 2013.

In just his third professional fight, which came against heavyweight Bilal Tahtahi at an event in France back in 2014, Ngannou was able to lock down one of his most disturbing knockout finishes to date. It came with about one minute left in the first round and can be seen below:

#throwbackthursday to my third MMA fight. Showing off Africa Power early on pic.twitter.com/AL0Ly5FpG9

“#throwbackthursday to my third MMA fight. Showing off Africa Power early on,” said Ngannou via Twitter.

Ngannou, 33, is on the cusp of his second UFC title shot. The insanely gifted heavyweight puncher challenged current champion Stipe Miocic back at UFC 220 following his brutal finish over Overeem just six weeks prior. Ngannou ended up losing to Miocic via unanimous decision, which is the first time fight fans saw “Predator” come up short inside of the Octagon.

With time to heal his wounds and work on the rest of his game it’s safe to say that Ngannnou is better than ever. Only time will tell if he can finally cash in on his unworldly power and capture a UFC title. If he does, it will be one hell of a ride to see how long he can hold onto it.