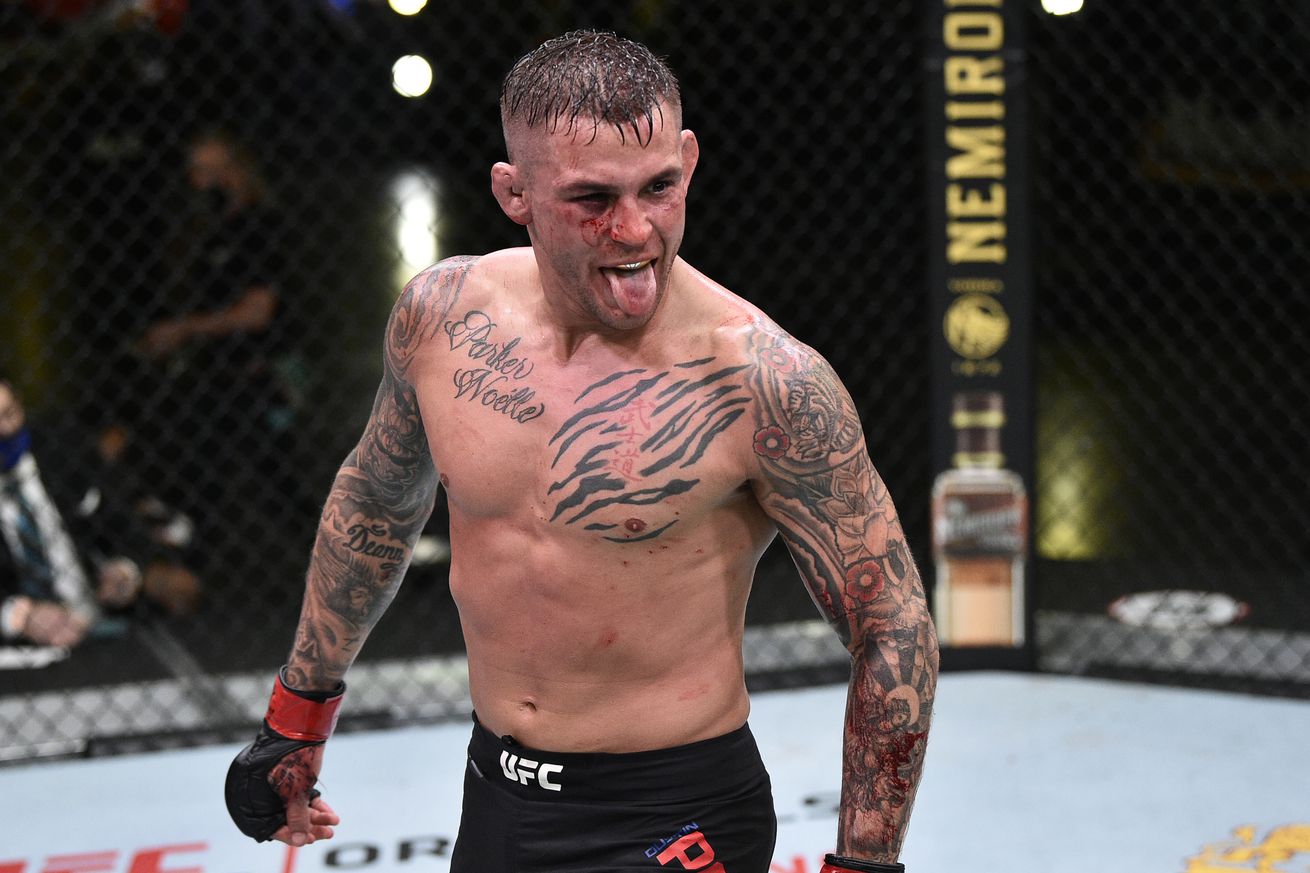 Dustin Poirier defeated Dan Hooker last Sat. night (June 27, 2020) in a wildly-entertaining five-round Lightweight bout at UFC on ESPN 12 in Las Vegas, Nevada. The win was “The Diamond’s first since losing to Khabib Nurmagomedov at UFC 242 nine months ago, failing to become the office a 155-pound champion.

But his impressive victory not only put him back in the mix, it also netted him a nice payday of $300K. But according to his trainer Mike Brown, the former interim champion should not only be considered for the next title shot, but should also be in line for a big payday to the tune of $1 million.

“If it were me, it’s a title shot [next for Poirier],” Brown said on The Luke Thomas Show (via MyMMANews.com). “In a perfect world if Gaethje wins [against Khabib Nurmagomedov], in a perfect world, that’s what would happen.

“That would be everything going best-case scenario, but whoever he fights, he deserves a raise and deserves a lot of money for what he’s doing. Every time it’s craziness. Every fight is wild. There’s never a boring minute. I think he deserves a million-dollar payday.”

Indeed, the topic of pay raises has been hot and heavy over the last few months, with UFC not willing to budge when it comes to demands from the likes of Jon Jones and Jorge Masvidal.

Poirier, meanwhile, has never been one to make his grievances (if he has any) public. Inside the cage, however, he’s always shown his worth and value to the promotion, putting on one spectacular performance after another, making him one of the most dangerous (and entertaining) Lightweights on the planet.

Dustin has made over half a million dollars in post-fight bonus cash alone thanks to his aggressive and exciting style of fighting.

Khabib Nurmagomedov will face off in a title unification fight later this year, so Dustin will be a highly-interested observer come fight night. Poirier already has a win over Gaethje, so booking a rematch between the two for the championship belt makes sense. Should Khabib win, though, it would be hard to convince UFC to give “The Diamond” another crack at trying to dethrone “The Eagle.”

If none of those bouts work out next, we have a couple of other options here and here.