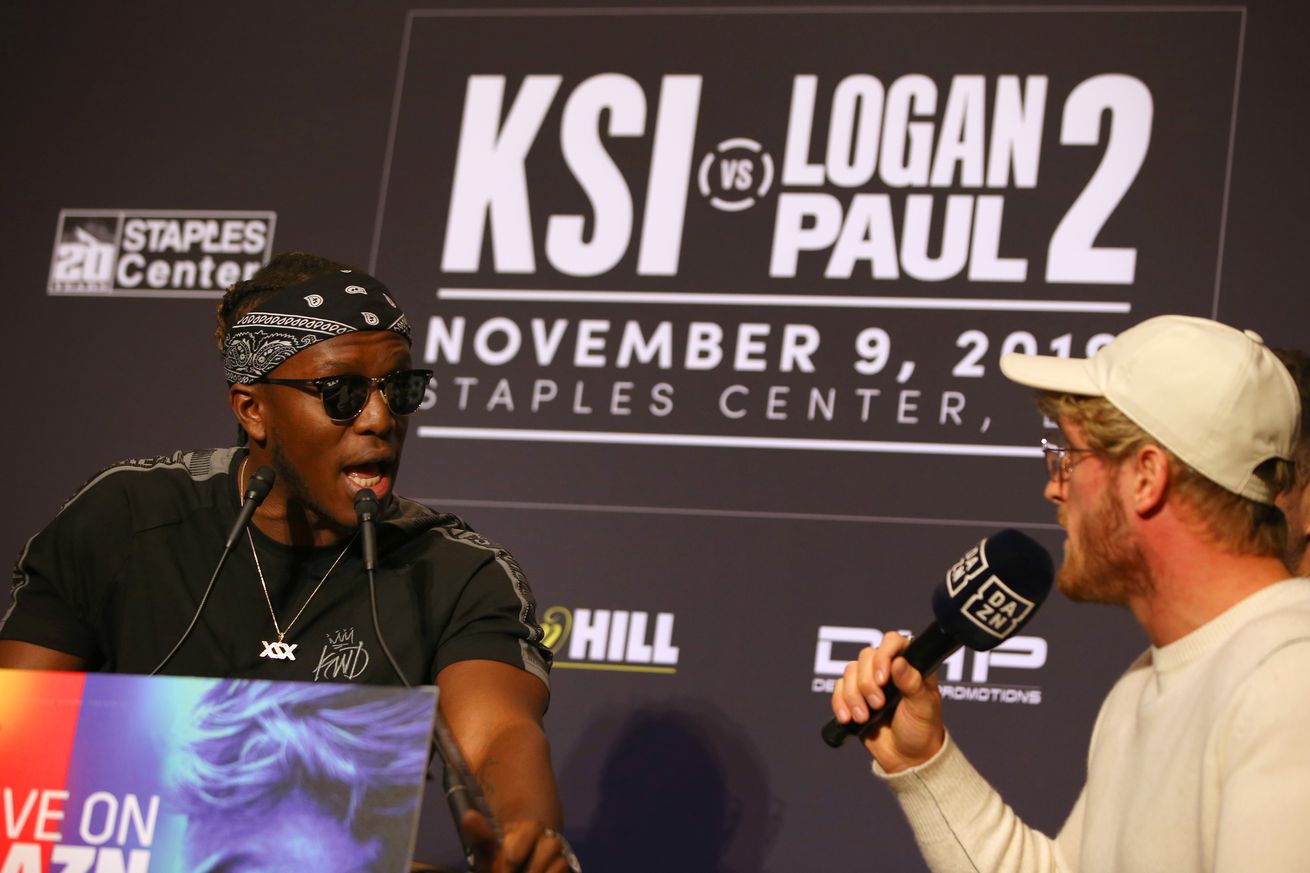 Popular YouTube stars KSI and Logan Paul will lock horns in their highly-anticipated rematch later tonight (Sat., Nov. 9, 2019) live on DAZN from inside Staples Center in Los Angeles, Calif., as both Internet personalities lose the headgear for their respective pro boxing debuts.

While this matchup of YouTube celebrities isn’t the purest form of fighting combat fans can watch on a weekend also sporting UFC’s invasion of Moscow (results HERE), KSI vs. Logan Paul 2 still commands our attention. With their amateur bout last year doing more than 1 million buys the reboot is hard to miss.

But, when exactly can fight fans and YouTube enthusiasts alike witness the rematch between these two rivals?

Boxing is always tricky to time given the lengthy in-event promotions and introductions, but KSI and Paul should begin their respective walks to the ring sometime around 12:00 a.m. ET (Sunday). The DAZN-streamed main card will begin at 9 p.m. ET, but with title defenses by WBO super middleweight champion Billy Joe Saunders and WBO lightweight king Devin Haney, the anticipated main event could end up being pushed back even later (keep it tuned into Mania for any updates).

All that’s left to do is fight, whether or not KSI and Paul have to wait a few extra minutes to do so.

Stick with Mania for complete KSI vs. Logan Paul 2 results and coverage.