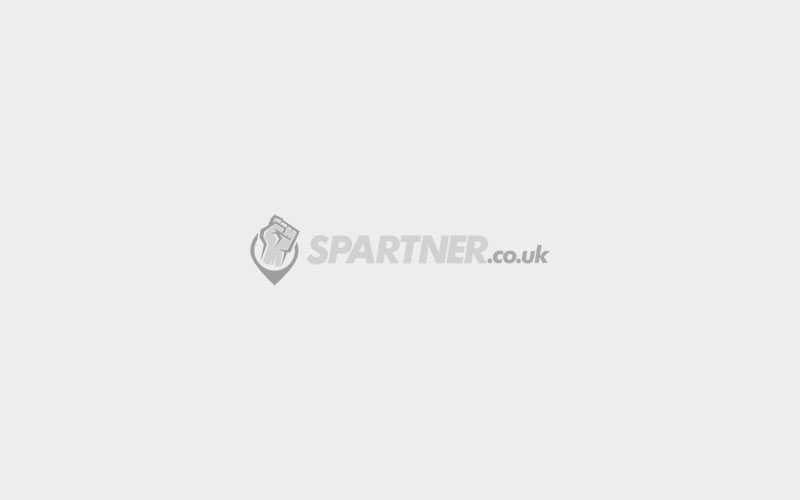 Sparring: What is it and why is it important

Sparring is an important part of training in boxing, taekwondo, karate and the vast majority of martial arts practised all over the world.  But what is sparring, and why is it such an essential part of learning a combat sport?

Here we take an in-depth look at sparring and discuss its many benefits in martial arts training.

Sparring is a way of practising the moves and techniques involved in a combat sport in a safe and controlled setting. Working with a sparring partner, you practise attacking and defensive moves in one-on-one combat, but usually at a lower level of intensity than in competition, so you do not land heavy blows.

This is a vital part of training in martial arts, as it enables you to improve your technique and quicken your reflexes, but without the same risk of injury that occurs in the competition ring, so you can train safely while staying fit for your next competitive fight.

In order to make sparring safer than competitive bouts, more stringent rules often apply. Participants agree in advance that certain moves are out of bounds, or moves may be performed more slowly. Additional protective gear may also be worn.

What is a sparring partner

A sparring partner is someone you fight against in a controlled environment as a form of practise. Your sparring partner could be another student from your martial arts class, or someone more advanced. It might even be your trainer.

As boxers and participants in other combat sports improve, they are often paired with different sparring partners at different times. Sometimes these come from other gyms, as over time you can become too used to those from your own gym, and learn to anticipate all their moves without trying, so they can no longer take you by surprise. Sparring with new partners keeps you on your toes and gives you better opportunities to try out your techniques.

At the top level of a contact sport, paid sparring partners can be brought in from around the country to spar against a fighter who is preparing for a competitive bout. 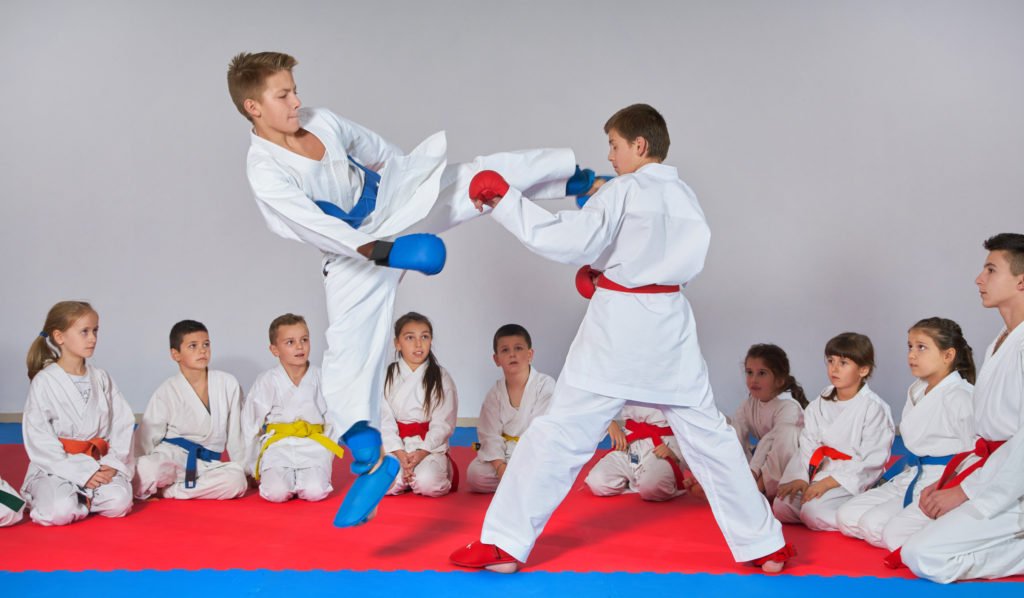 What does sparring involve

Sparring is a way of testing out all the skills and techniques you have learned in your boxing or martial arts class, by using them against an opponent. These will be a combination of offensive and defensive moves, and routines of several moves in succession, while anticipating what your opponent is going to do next.

Depending on your chosen contact sport, sparring can involve punches, kicks, throws and grappling techniques, but performed in a more controlled way than would be expected in competition. You will also be supervised while sparring by your trainer, who can give you pointers and help you to improve.

Some martial arts refer to sparring by different names. In karate, it is known as kumite, while taekwondo refers to sparring as kyorugi or matsogi, depending on the discipline you practise. Inn Brazilian Jiu-Jitsu, sparring is known as rolling. However, the essence of sparring is the same in all martial arts – practising with a partner as a means of improving your technique and reactions.

What are the benefits of sparring

Sparring has a wide variety of benefits for anyone training in a martial art or other combat sport:

Sparring is an invaluable way to gain experience in your chosen martial art. It enables you to try out your technique on an opponent without using full force, away from the pressure of competition. As you are supervised in a gym setting while sparring, it gives you the opportunity to find out how much you have learned and where you are going wrong, so you can improve your technique as you go.

Sparring is the ideal way to try out different combinations of moves you have learned in class, so you can find out what is effective and what isn’t when you are faced with an opponent. You learn to react more spontaneously, but in a controlled way, as the various techniques you have learned automatically kick in, enabling you to respond better to different situations and opponents.

As the impact is much lower in sparring than it is in competition, it enables you to experiment with range, so you can see how close you need to be to your opponent to make a technique effective, and at what distance you are vulnerable to attack. It also improves your timing, so you can plan ways to make your moves less likely to be countered, keeping you safer and increasing your chances of competitive success.

One of the main reasons people choose to learn martial arts and other contact sports is for self-defence. Sparring is an essential part of this, as you might have learned your technique meticulously in class, but until you actually try it out on a sparring partner, you have no idea how well it would work against an opponent.

Sparring is the closest you can get to defending yourself against a real-life assailant, but in a safe environment. You do not know what your sparring partner is going to do next, so it makes you better prepared to defend and counter-attack, honing your instincts and quickening your reactions.

If you are ever in a real-life situation where you need to use your combat skills, you will need to use more force. But sparring makes sure an effective technique will come naturally to you whenever you need it.

Fighting, whether in competition or self-defence, is as much about the mind as the body. Some people hesitate when they are placed in a situation where they have to use their martial arts skills, and this is always counter-productive.

Sparring gets you used to one-on-one combat, giving you the confidence that prevents you from freezing up or feeling nervous. If you have spent many hours practising with a sparring partner, next time your skills are challenged in the ring or even in the street, you will feel much more relaxed, so your mind will be clearer and your decisions will be better.

Sparring with a partner is a great way to stay fit and healthy. It is an ideal form of cardiovascular exercise, as you need to perform all the martial arts techniques you have learned with the added stress and adrenaline of facing an opponent and anticipating their moves. The more often you spar, the more your overall fitness levels will improve.

In addition, your stamina, agility and reaction times are vastly improved by sparring, as you are trying out different combinations of moves against different sparring partners, testing your abilities and keeping you on your toes.

Sparring is also excellent for mental health, as it gives you confidence, challenges you to push your boundaries, and helps you to battle stress in a safe and controlled way. Exercising in this way also releases endorphins, the chemicals in your body which energise you and lift your mood.

This means sparring can help you in other areas of your life as well as within your contact sport. It teaches you to manage your stress levels, think quickly and clearly, and improve your overall levels of health and wellbeing, all of which can increase your performance at work and give you more enjoyment in all aspects of your lifestyle. 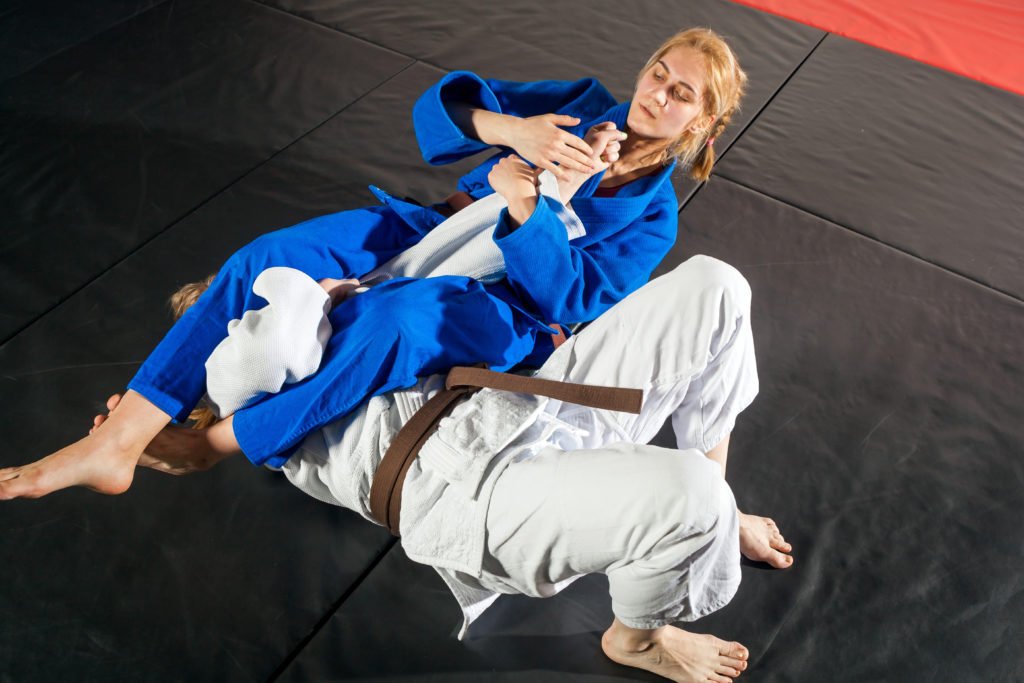 Too much aggression is always a bad thing, as it is an uncontrolled emotion which leads to poor technique and causes you to make mistakes. In the worst cases, it can either put you in serious danger, or cause you to be needlessly violent and potentially do extreme damage to others.

Sparring teaches you to control your emotions and channel your anger in a healthy and safe way. It requires great discipline and clarity of mind, as you have to keep yourself in check and stick to the agreed rules while working with a partner. It teaches you to have respect for your opponent and fight in a way which complies with the rules of your sport, which is essential if you want to fight competitively.

Because of all these things, sparring is a great form of anger management, helping you to keep your feelings under control.  This will keep your head clearer and cooler, so you will make better decisions, both in the ring and in day-to-day life, as you will learn all the techniques you need to manage your emotions and actions more effectively.

Want to find out more about sparring?

If you would like more information about the various aspects of sparring, Spartner is here to help. We are happy to provide you with plenty of advice about sparring, and we are also able to advise you on a wide variety of different martial arts and contact sports and how to get involved with them.