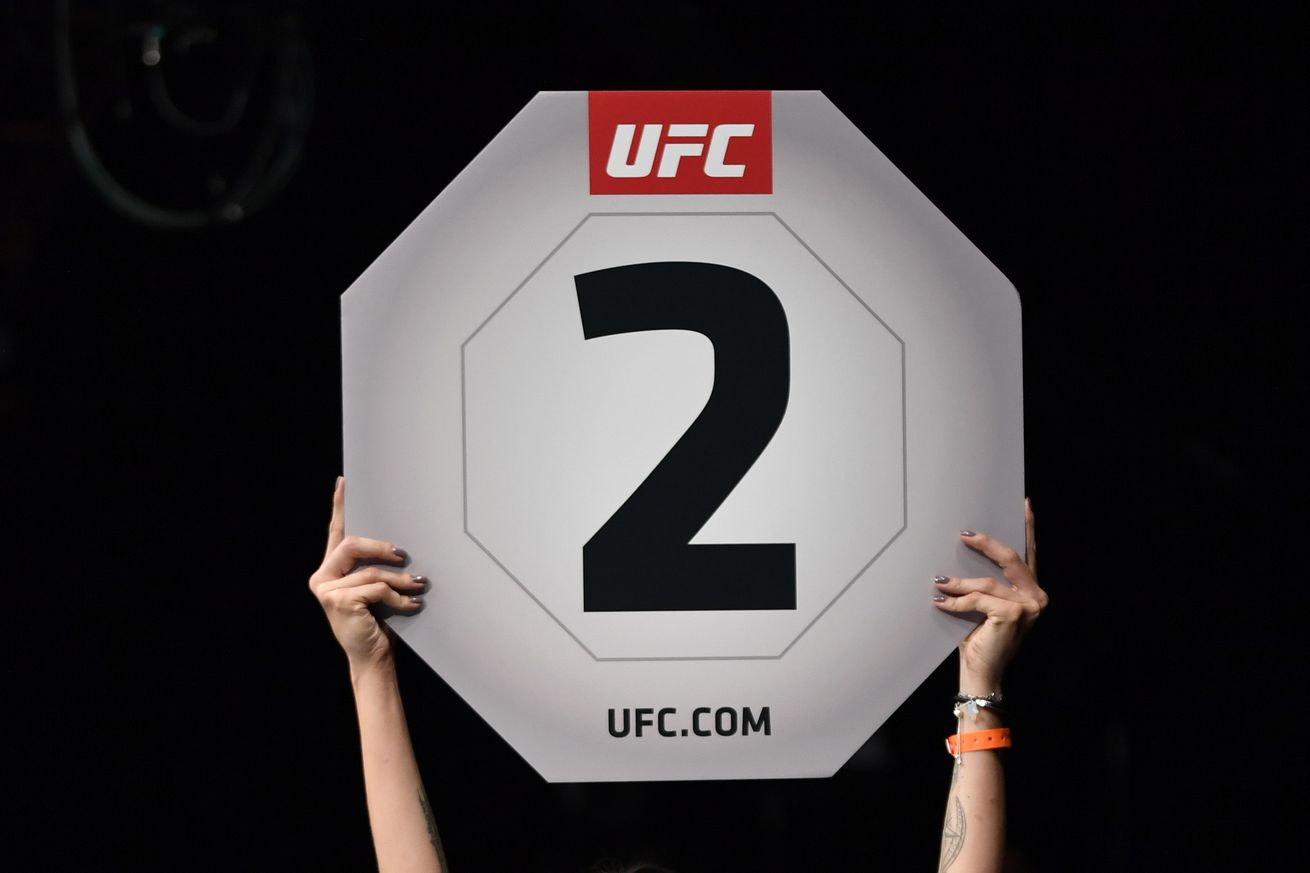 It’s power vs. cardio this Saturday (Sept. 19, 2020) when Tyron Woodley takes on long-time rival Colby Covington in the last show inside UFC Apex in Las Vegas, Nevada, before the return of “Fight Island.” Other slugfests include Donald Cerrone vs. Niko Price in a fight practically assured to secure a bonus, Khamzat Chimaev in the first of two scheduled match ups against Gerald Meerschaert, and Johnny Walker seeking a bounce-back win against the surging Ryan Spann.

There are four UFC Vegas 11 “Prelims” remaining to be examined (check out the first batch here), so let’s begin …

Once considered among the best prospects in the entire sport, Mirsad Bektic (13-3) now finds himself just 2-3 in his last five after a perfect (4-0) Octagon start. His last two fights have seen him succumb to the crushing power of Josh Emmett and drop a narrow split decision to Dan Ige.

His professioanl stoppage wins are split 6/3 between (technical) knockouts and submissions.

Uruguay’s Eduardo Garagorri (13-1) entered the Octagon on the heels of six consecutive first-round stoppages, then kept his unbeaten record intact with a decision over Humberto Bandenay in his debut. Three months later, he squared off with Ricardo Ramos, who choked him out late in the first to earn Performance of the Night.

He is the taller of the two by one inch.

The Ramos fight handily demonstrated Garagorri’s deficiencies on the ground, and for all of Bektic’s struggles, he’s still a monster from top position. Against someone who can’t stop his takedowns or seriously trouble him on the feet, he’s ripe for the sort of brutal performance that will have pundits convinced he’s “back.”

Garagorri really only has a puncher’s chance here, and while Bektic’s been a bit fragile in the past, that’s nowhere near enough to overcome the towering obstacles in his way, especially considering that Bektic can hold his own on the feet. Bektic drags him down in the opening minutes and either brutalizes him with ground-and-pound or chokes him out.

Mayra Bueno Silva (6-1) made the most of her “Contender Series” opportunity by choking out Mayana Souza in just 62 seconds, then tapped Gillian Robertson via armbar in her Octagon debut less than two months later. An 18-month layoff followed, after which “Sheetara” dropped a competitive decision to division veteran Maryna Moroz in June.

All of her professional stoppage wins have come in the first round.

Mara Romero Borella (12-8) started her Octagon career strong with two victories in her first three appearances, including a submission of veteran Kalindra Faria and a decision over strong prospect Taila Santos.

“Maravila” has yet to taste victory since, dropping consecutive bouts to Lauren Murphy, Montana De La Rosa and Cortney Casey.

She’ll enjoy a 2.5-inch reach advantage over her Brazilian foe.

Though I won’t be fully sold on Silva until I see some offensive wrestling chops, the skills she’s demonstrated are more than sufficient to earn her the win here. In addition to being far more active on the feet, her submission chops look like more than Borella can handle, especially considering the latter’s tapout loss to Casey earlier this year. Borella’s essentially caught between a rock and a hard place, unable to outgun her in the striking and unable to implement her wrestling skills for fear of leaving her neck out.

The Italian’s only real shot at victory lies in grinding out Silva, and there are just too many hurdles to clear. She tries to force the grappling early and gets tapped from guard.

With two “Contender Series” finishes and a UFC debut win against Eric Shelton under his belt, Jordan Espinosa (15-7) looked poised for a run at the top, only to suffer consecutive submission losses to Matt Schnell and Alex Perez. He got back in track in June, handily dominating Mark De La Rosa for a wide unanimous decision win.

He is one inch taller than David Dvorak (18-3) and will have a commensurate reach advantage.

“Killa Khroust” went from starting his career 4-3 to winning 13 straight, setting up a March Octagon debut against Bruno Silva. Though he got dropped early, the Pole fought his way back to earn a unanimous decision in Brasilia.

He has knocked out eight pro foes and submitted another seven.

Odds-wise, this is the closest fight on the card by a hair, and I’m definitely inclined to agree. Dvorak has the prettier record, but Espinosa’s faced tougher competition. Espinosa’s a potent wrestler on top of his stand up, but Dvorak’s takedown defense is top-notch and he has the submission skills to punish Espinosa’s occasional lapses on the ground.

I suppose what sells “Killa Khroust” for me is this: Espinosa looked like a monster against De La Rosa, but “The Bumblebee” is a below-average striker at best. Dvorak is something else entirely, a vicious counter-puncher with the skills to capitalize when Espinosa brings his jab back low or makes any other slight mistake that his athleticism and speed generally compensate for. Though Espinosa’s cardio issues look like a thing of the past, nobody’s pushed him in the Octagon the way Dvorak will, and once the explosiveness starts to fade, there’ll be nothing saving Espinosa from the gap in power. In the end, Dvorak ends a back-and-forth affair in the third.

Jessica Rose-Clark (9-6) opened her UFC career strong with decisions over Bec Rawlings and Paige VanZant, but fell short against Jessica Eye in her third appearance. Injuries and weight cut issues kept her out of action for the next 17 months, after which she dropped a decision to Pannie Kianzad in her return to Bantamweight.

Like “Too Sweet,” she boasts two knockouts and submissions apiece.

Sarah Alpar (9-4) earned the Sugar Creek Showdown and LFA Bantamweight titles with consecutive wins over Pamela Aguirre and Joselyne Edwards, setting up a “Contender Series” bout opposite Shanna Young. Though she entered as the underdog, she ultimately tapped “The Shanimal” out in the second round to earn a contract.

This will be her first fight in 13 months.

Dangerous as she is on the mat, Alpar’s striking has yet to catch up. A solid counter left doesn’t make up for her tendency to lose technique and composure in exchanges, a habit she’s only partially addressed in recent years. Clark is, if nothing else, always good for a scrap, and she should be able to force Alpar into the sort of brawl that capitalizes on that weakness.

This all, of course, assumes that Clark’s takedown defense holds up at Bantamweight. Alpar may be vulnerable on the feet, but she can certainly wrestle, and a grinding decision from Clark’s guard certainly isn’t out of the question. Still, Clark’s edge on the feet should be significant to net her a competitive decision win.

There’s a whole lot to like about UFC Vegas 11, from the main event grudge match to guaranteed bangers like Cerrone vs. Price and Walker vs. Spann. See you Saturday, Maniacs!

Remember that MMAmania.com will deliver LIVE round-by-round, blow-by-blow coverage of the entire UFC Vegas 11 fight card this weekend, starting with the ESPN+ “Prelims” matches, which are scheduled to begin at 5 p.m. ET, then the remaining main card balance on ESPN+ 8 p.m. ET.

To check out the latest and greatest UFC Vegas 11: “Covington vs. Woodley” news and notes be sure to hit up our comprehensive event archive right here.