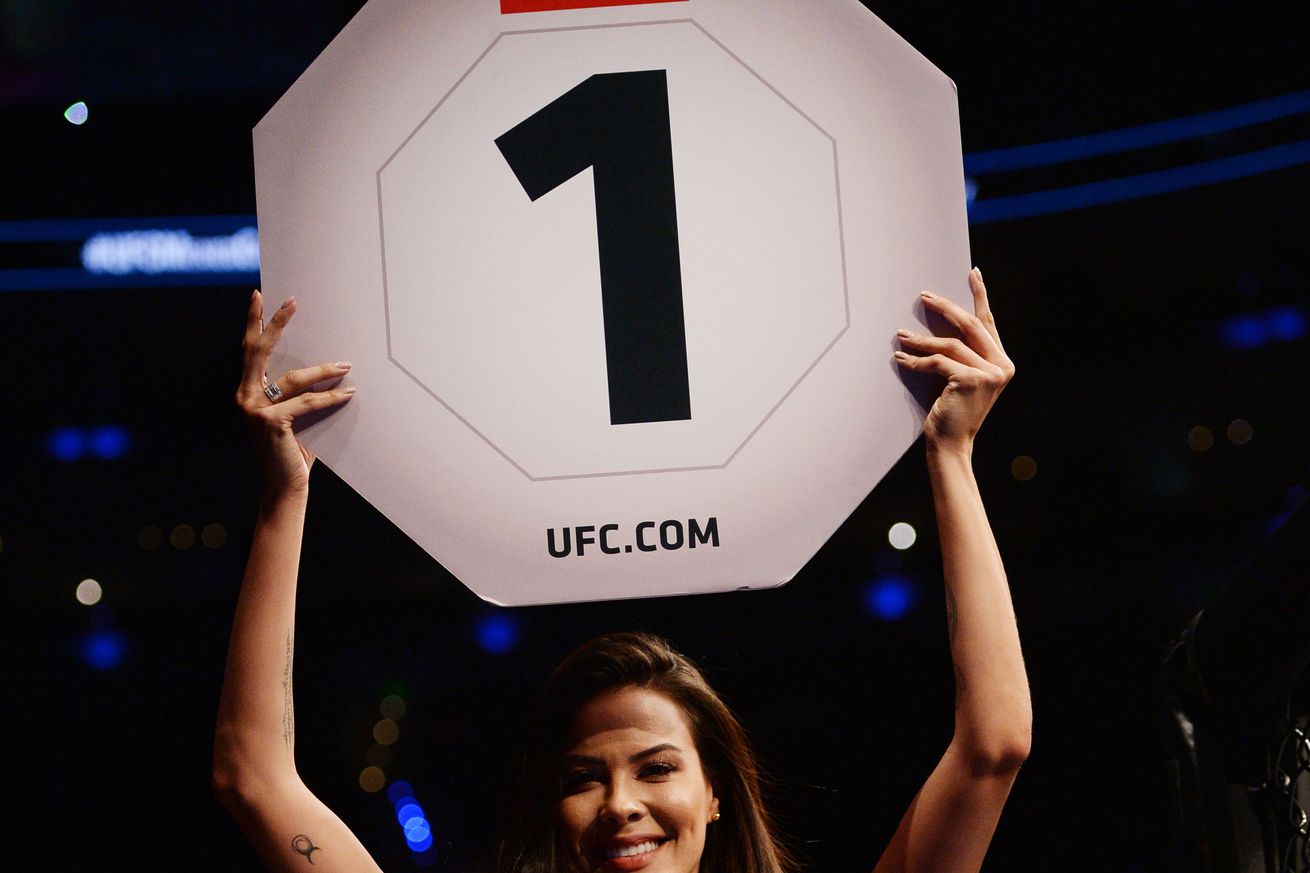 UFC is bringing a hard-hitting Heavyweight headliner to that nation’s capital for its latest and greatest fight card on ESPN. MMAmania.com’s Patrick Stumberg kicks off the UFC on ESPN 7 “Prelims” party with the first installment of a two-part undercard preview series below.

UFC on ESPN 7 features six “Prelims” undercard bouts this time, several of which got some tweaks from the injury bug. Let’s check out the ESPN+ lineup:

Mallory Martin (6-2) came back from a 1-2 professional start, including a loss to Maycee Barber, to win three straight en route to “Contender Series.” Though her decision over Micol di Segni didn’t get her a contract, she soon made it five straight with a dominant decision over Cynthia Arceo.

She replaces Livinha Souza, who herself replaced Cortney Casey, on less than two weeks’ notice.

Virna Jandiroba (14-1) claimed Invicta gold last year with a split decision over standout Mizuki Inoue, then followed that up by submitting once-beaten Janaisa Morandin in her first defense. She replaced the aforementioned Souza against Carla Esparza on late notice last April, dropping a decision to “The Cookie Monster” in Sunrise, Florida.

“Carcara” is two inches shorter than Martin, but has an identical reach.

Don’t expect fireworks from this one. Both women do their best work from top control and, while Martin packs a decent punch, it’s not enough to keep this form turning into a slog. The only hope for entertainment comes from Jandiroba’s submission game, which is responsible for 11 of her 14 victories.

In what looks to be a fairly straightforward clash of wrestlers, I favor the Brazilian. What deficiencies she has on the feet aren’t enough to overcome the fact that she’s the superior technical grappler and has far more experience against top-notch opposition. She either grinds Martin into the dirt or finds her neck around the midway point.

Makhmud Muradov (23-6) brought an 11-fight win streak and Floyd Mayweather’s promotional muscle into his Octagon debut, which saw him step up on short notice to face Alessio Di Chirico in Copenhagen. The pair wound up putting on an excellent scrap, which ended with Muradov surviving a late surge to claim a decision win.

He replaces Alonzo Menifield on one month’s notice.

Trevor Smith (15-9) had the best run of his inconsistent Strikeforce/UFC career from 2015-2017, winning three of four. He’s yet to recapture that success, dropping consecutive decisions to Elias Theodorou and Zak Cummings.

He’ll have a one-inch height advantage over “Mach.”

Smith’s greatest weaknesses are his limited striking and general slowness; he can make up for them at times with raw tenacity, but it’s not terribly difficult to steer clear of his grip. Muradov, who’s among the most mobile of the UFC Middleweights, should have little trouble on that front. His footwork and kickboxing outstrip Smith’s to the point of lapping him and he’s got more than enough wrestling chops to stay out of harm’s way should “Hot Sauce” find his way past those kicks and ties up.

The one real concern is Muradov’s gas tank — he slowed down late against Di Chirico and Smith can be exhausting to deal with when his chin holds up. Even with that caveat, though, I just can’t see Smith closing the distance consistently enough to make his game work. Muradov chews him up at range for a wide decision win.

Four more UFC on ESPN 7 “Prelims” undercard bouts to preview and predict tomorrow, including the return of Tim Means and a pair of top Bantamweight finishers in the featured bout. Same time as always, Maniacs!

Remember that MMAmania.com will deliver LIVE round-by-round, blow-by-blow coverage of the entire UFC on ESPN 7 fight card this weekend, starting with the ESPN+ “Prelims” that are scheduled to begin at 6 p.m. ET, then remaining undercard portion that will air on ESPN proper at 7 p.m. ET (main card begins at 9 p.m. ET on ESPN).

To check out the latest and greatest UFC on ESPN 7: “Overeem vs. Rozenstruik” news and notes be sure to hit up our comprehensive event archive right here.