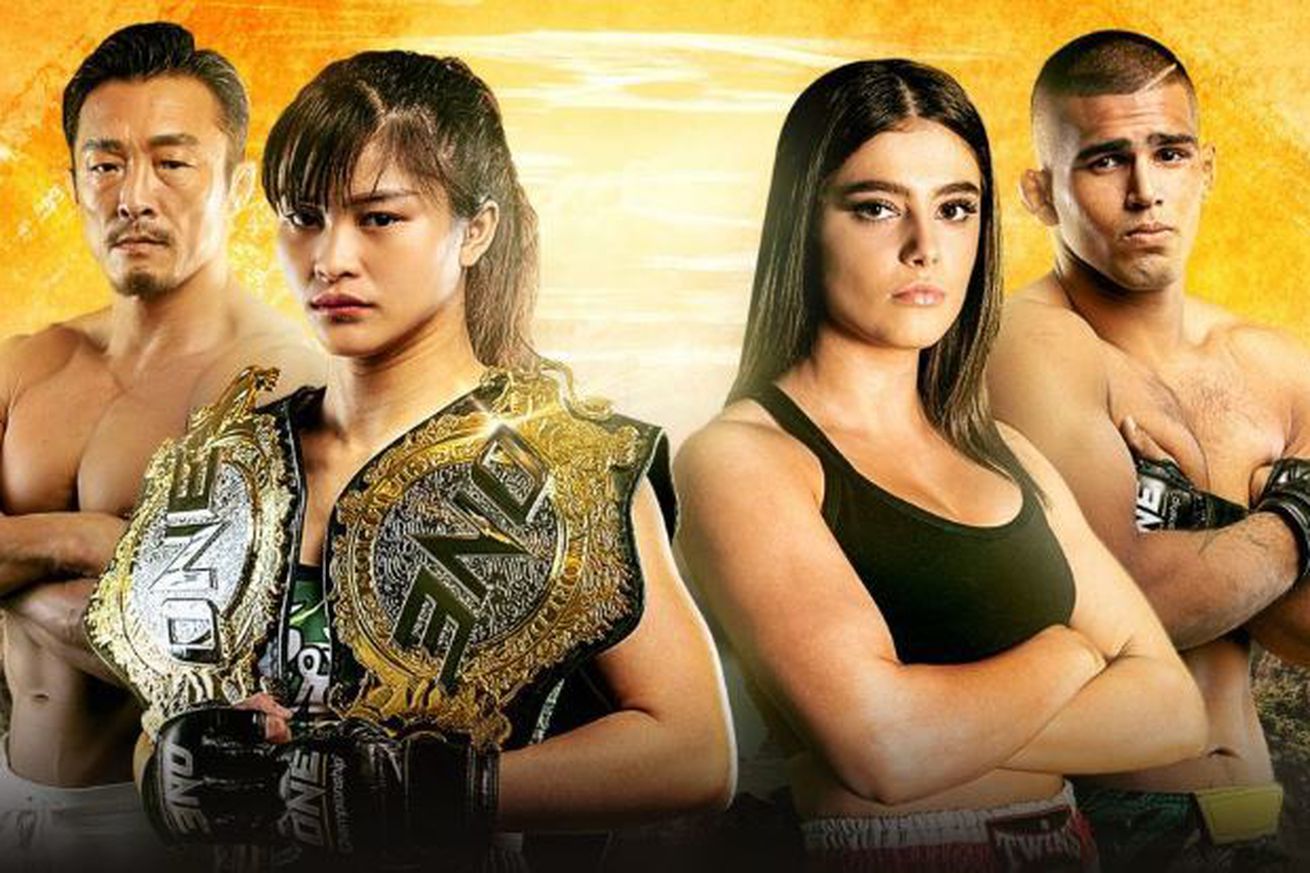 ONE: “Legendary Quest” is set for this Saturday (June 15, 2019) inside Baoshan Arena in Shanghai, China. The card is headlined by an atomweight Muay Thai title fight but all eyes will be on Yoshihiro Akiyama as he makes his promotional debut.

“Sexyama” has not fought since 2015 and the 43 year-old UFC veteran will be looking to roll back the years with a winning performance against former welterweight title challenger Agilan Thani.

Here’s my preview of the first seven bouts on the card:

Victorio Senduk (3-2) fought on the second ever ONE Championship card in 2012. He has won medals in wushu and returned to the cage after a four year absence last year, going 1-2 in 2018.

Phoe Thaw (7-1) is from Burma but has spent time training in Thailand. He is not a strong grappler and it will be interesting to see whether the Indonesian is able to exploit this potential flaw.

With Angela Lee now competing at strawweight this division needs a new champion. Itsuki Hirata (3-0) has submitted every opponent she has faced to date but has been fighting for a very obscure Japanese promotion.

Angelie Sabanal (1-1) has gone the distance in both her ONE Championship fights and should provide an interesting examination of the credentials of Hirata, who has never been beyond round two.

Trestle Tan (4-8) is very entertaining but loses a lot more than he wins. His ONE Championship record is 1-4 but he trains very seriously and always prepares properly for fights.

Yoon Chang Min (1-1) was a surprising addition to the ONE: ‘A New Era’ card. He will go down in history as being the first man to win a fight for the promotion on Japanese soil and, judging from that performance, he will want to get this to the ground.

Anthony Engelen (8-4) fought four times in five months at the start of the year and scored a highlight reel head kick KO at the start of that spell. He also managed to spend over four minutes on the ground with Garry Tonon before getting submitted, which is an achievement in itself.

Chen Lei (5-1) won his first four ONE Championship bouts but was submitted by Engelen’s team mate Muhammad Aiman last time out. The Dutchman will be confident of securing the submission if this goes to the ground.

Egyptians have not fared well for ONE Championship so for Sherif Mohamed (9-4) going the distance with former middleweight champion Igor Svirid and former welterweight title challenger Agilan Thani was an achievement in itself.

Fan Rong (12-2) saw his 12 fight winning streak snapped by Dutch submission specialist Reiner de Ridder and will be looking for his first ONE Championship win here. The Chinese middleweight is primarily a grappler and won’t want to stand and trade here.

As Eric Kelly (12-7) rose through ONE Championship’s featherweight ranks his weaknesses were obvious. The Filipino is very flat footed and had a tendency to give up position by going for throws, sweeps or submissions that had a low chance of success.

It’s still shocking to see his recent career trajectory. He’s lost six in a row, a losing streak that dates back to 2015 and Niu Kang Kang (5-1) has much better footwork and is coming off a highlight reel head kick KO.

Koyomi Matsushima (10-3) gave us one of the most impressive promotional debuts in ONE Championship history when he stopped former featherweight champion Marat Gafurov in the opening round.

For some reason the Japanese fighter hasn’t fought for nine months. By contrast this will be a fourth fight of the year for Kwon Won Il (7-1) who has a reach advantage and a laser like right cross.

The entire ONE: “Legendary Quest” fight card will be available to view live and free in some territories using the newly launched app which you can download here. In the U.S. it will be streamed on B/R Live.