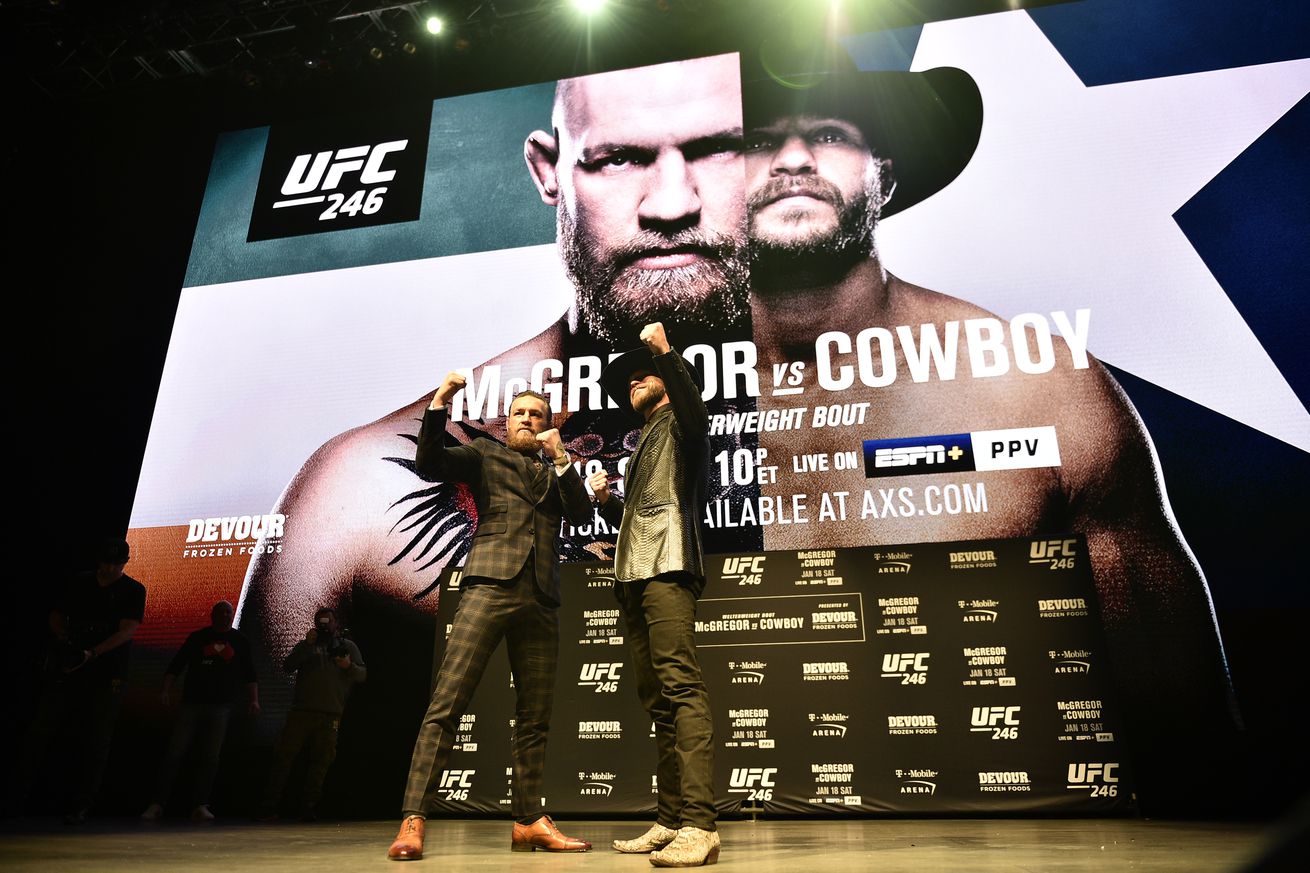 Day by day, we are inching closer to the return of Conor McGregor against Donald Cerrone at UFC 246 this Saturday (Jan. 18, 2020) from Las Vegas, Nevada. Luckily, few are better at helping pass that time with funny quips and great quotes than the Irishman — his gift of gab is unmatched and a huge part of the reason why he’s become such a star.

On the whole, McGregor was relatively tame. “Mystic Mac” claimed he could “read Donald like a children’s book,” an insult not even Cerrone could do more than chuckle at. Beyond that occasional barb, the two showed plenty of respect while acknowledging that it would be a very violent night of combat.

Otherwise, McGregor also dropped his thoughts on the BMF title and Welterweight strap, while Cerrone spoke more on his life as a fighter. For anyone who would like to watch the entire press conference, click HERE!

McGregor still has his sights set on “The Eagle,” and it sounds like the rematch nearly happened.

“We’ll get that bout again, maybe in April.”

“It was offered to me, I took it straight away.”

Jack Hermansson isn’t fighting Darren Till next, so he has a new target as well.

Ok guys, I’m ready to get to get back to business! @KelvinGastelum how is your schedule looking buddy? Let’s give the fans a fun one!

Weili Zhang is so damn fast, her athleticism is ridiculous.

I’ve never smoked, but personally I find most anti-smoking advertisement to be obnoxious and annoying … not this one!

“You know probably should, but I don’t think I will. I like to fight, too. you know. I like to get in there and throw down.” – @cowboycerrone

Living the dream getting to go through the motions with @joerogan. This clip we are trying to generate as much power off the switch as possible. I might not have the most beautiful style, but my plan is to make whatever I throw 100% so I don’t waste any of my shots. Thanks to @doug_rothwell for footage .

Jiri Procházka is a perfect example of the great talent RIZIN continues to pluck out of obscurity. You could always rely on the Czech samurai to bring the violence at 4am. Glad he’s getting his crack at the UFC LHW division. pic.twitter.com/XY1FeE4nML

Good guys don’t always win, and glove-touching is for the birds.

All that said, trying to start super fast doesn’t always work out.

Midnight Music: Now that I’ve arrived at Tiger Muay Thai in Phuket and have a more stable daily schedule of training and writing (and thus Spotify-ing), I am back in control of my musical destiny.