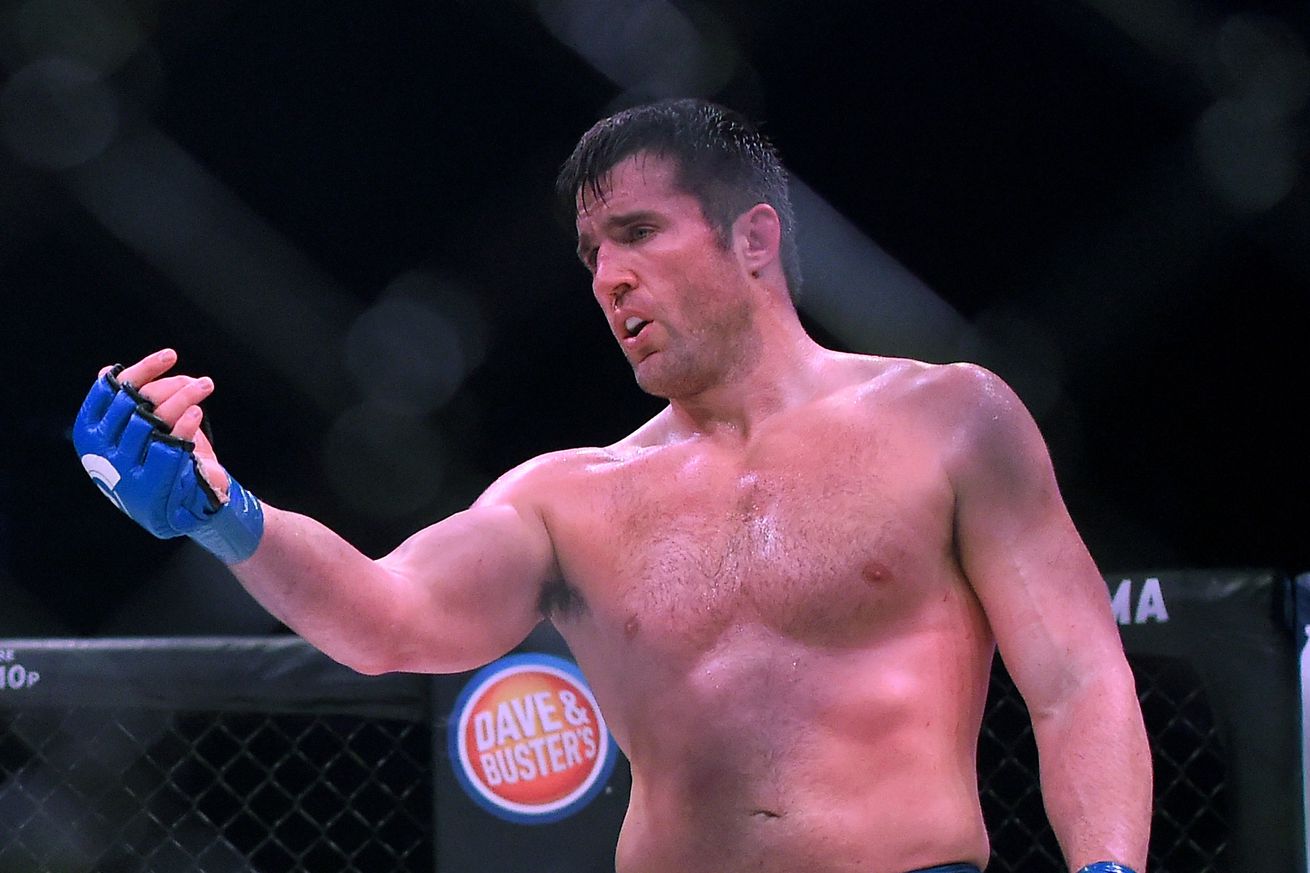 “The Gangster of West Linn” certainly has a verbose way about him, but one can hardly deny his effectiveness.

For the second time in a week, Chael Sonnen has taken to Twitter to deliver a multi-Tweet rant targeting his former opponent, Jon Jones. To recap the first exchange: Jones took offense to Sonnen’s “has-been” comment on Youtube and fired back, prompting Sonnen to go on his first tangent towards “Bones.”

Read it all HERE!

Apparently, Sonnen’s first rant was not enough to settle the beef. Since last night, Jones has been voicing his displeasure with UFC and and even threatened a hiatus from the sport, which has proved the latest fuel for Sonnen’s tirade of jokes and trash talk. Of course, there’s mentions of Jones’ numerous vehicular struggles as well:

NOBODY is gonna care if you WALK AWAY from the UFC, Dum-Dum
Just promise not to DRIVE AWAY, ok???

As far as I can tell, you haven’t put anybody in the hospital by
WALKING into them…

AND
How much contraband can you tote on the
“Shoe-Leather Express”, Y’Idiot?

NewsFlash:
Upon hearing of Jon’ promise to “Walk Away”, his Car Insurance company just sent every other driver
Dividend Discounts

Don’t forget what happened when u decided to f••k w/the
Green
Glove,

Is there any chance Sonnen and Jones ever fight again? Not at all, and the first result was definitive to say the least. However, in the world of Twitter debates at least, Sonnen remains undefeated opposite the divisional king.

Apparently, several of the top coaches in MMA are cowards. How shameful!

Some of MMA coaching’s brightest minds spoke to @bokamotoespn about throwing in the towel.

Brian Ortega has to be among the biggest Featherweights on the roster. Strangely, it seems like the average size of Featherweights in particular continues to grow — remember when Jose Aldo was considered big?

Time to start getting down to featherweight size. No more welterweight. @sweetsweat

Michael Bisping has been consistent since day one!

Bit of a dick move, but the ref had said fight. Plus I think I was 15 or 16 fighting grown men.

Hmm … does this sound a bit backwards to anyone else?

Dana White on a potential Jones/Ngannou fight: “Obviously that’s a fight that people would love to see and these guys are taking a lot of smack back and forth, I don’t see that fight happening.”

So then how come the fight can’t happen?

Fighting comes with some unforeseen consequences!

This story happened a few weeks ago, but it still teaches a valuable lesson: high school wrestler > would-be kidnapper trash.

#repost @ppv_tahoe ・・・ Happened on March 25, 2020 ⁣⁣ Las Cruces, NM⁣⁣ ⁣⁣ ⁣⁣ Chucky’s Gas Station⁣⁣ ⁣⁣ (News and public educational use ONLY)⁣ High School student is being lauded as a hero after helping to stop an alleged kidnapping and assault by pinning a man to the ground until authorities arrived.⁣⁣ ⁣⁣ Daniel Arroyo Beltran, 22, of Phoenix, was arrested by Doña Ana (N.M.) County Sheriff’s deputies Wednesday after witnesses say he tried to kidnap three children at Chucky’s Gas Station in Doña Ana. He’s also accused of assaulting several patrons and employees who tried to intervene.⁣⁣ ⁣⁣ Beltan is charged with four counts of battery, two counts of assault, two counts of child abuse and one count of kidnapping. ⁣⁣ ⁣⁣ The Hero Canaan Bower, 16, won a district championship in the heavyweight division (285 pounds) on Feb. 16, and later competed at the state tournament.⁣⁣

I have yet to see a boring Tim Elliott fight; sign me up for these scrambles!

Love the Brandon Royval vs. Tim Elliott fight, high scramble potential. Royval is a problem off his back. pic.twitter.com/BCweGspjjL

On this day … a very pretty left hook counter from “Golden Boy!”

On this date in 1999, @OscarDeLaHoya caught Oba Carr with a nasty left hook for an 11th round TKO. pic.twitter.com/GNZYEADXK9

An entire thread of clips of Roy Jones Jr., perhaps the flashiest combat sports athlete of all time!

Alaskan fauna does not mess around.

The full size of an adult Alaskan moose pic.twitter.com/TEhgP7zZHG

Midnight Music: For my money, “Crimson and Clover” is one of the coolest and most unique songs to chop the charts.