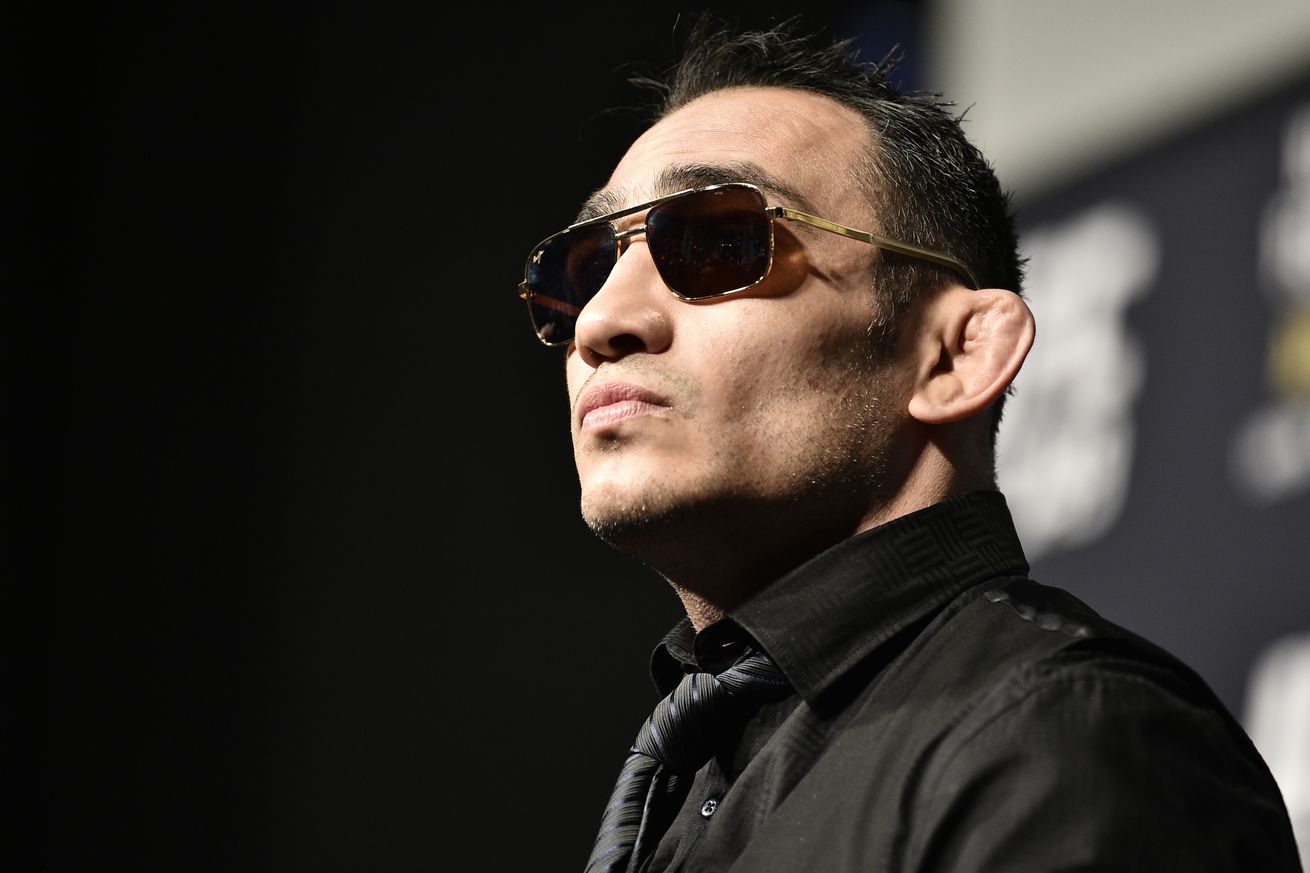 Bringing you the weird and wild from the world of MMA each and every quarantined night!

For much of the previous month, the MMA world has been trapped in their homes, watching little else but the rise and fall of UFC 249. As more and more sporting events were cancelled, UFC 249 looked less and less likely. Then, UFC President Dana White came out with a new main event and new location, and suddenly it seemed the show might actually go on.

If it’s been a whirlwind from the sidelines, imagine being one half of the original main event. Tony Ferguson has admirably dealt with an unknowable number of obstacles to stay prepared for this bout, and it still went up in smoke just nine days from showtime.

As it turns out, Ferguson was in the midst of a phone interview with OC Register about the event when news of cancellation broke. A few curse words aside, “El Cucuy” took the news incredibly well and offered some pretty inspiring words of optimism:

“Ummmm … you know what? I’m sure it’s for a good reason. Let’s be real. I gotta keep the faith,” Ferguson said. “I gotta keep this … (expletive) … keep this small circle close, bro, and just keep focusing on what we can control, which is our heart rate and our breathing.

Dude, I’m just gonna keep collecting trophies and doing my same shit,” Ferguson said before pausing and getting emotional. “Every single time I wake up in the morning, when I do my work, say my prayers and I do (stuff), I hug my little boy … whew … kiss my wife. I just … keep doing what I’m doing. What am I gonna do?

Despite incredible achievements, the fight game has not been kind to Tony Ferguson. Sudden injuries, stripped titles, and yet another last-second cancellation — Ferguson has all the reasons in the world to be bitter. Instead, he’s ready to move forward, and maybe there’s some tiny chance he can match up with Khabib Nurmagomedov on some island next month.

Dana White and co. put forth a valiant effort to do something most would consider irresponsible. Ultimately, however, The Mouse always wins.

Dana White trying to fight all the issues preventing UFC 249 before finally getting canceled pic.twitter.com/FXIVdb2ccq

Body shot boxing is a fun way to get some actual work in without accruing head blows.

Is it easier to get to the prospective UFC Island from the US?

Never seen an airport this quiet before. Travelled back to the US last night. You’ll soon find out why…

Conor McGregor took to Twitter to talk himself up (and then delete it).

For anyone who hasn’t noticed by now, I have a deep fascination with shin conditioning.

Glory’s collection of funny moments and mishaps is worth a watch:

Is Gilbert Melendez’s absolute thrashing of Tatsuya Kawajiri in their rematch the most impressive performance of his career? Melendez didn’t make it over to UFC for another couple years, but it would’ve been hard to pick anyone against “El Nino” back in 2011.

Chuck Liddell’s PRIDE fights never went that great, even when he won via KO!

This pup is having the time of his life.

Midnight Music: I am back in control, so here’s some jazz fusion from Thundercat’s solid 2017 LP Drunk. The chopped and screwed remix is also pretty fun!