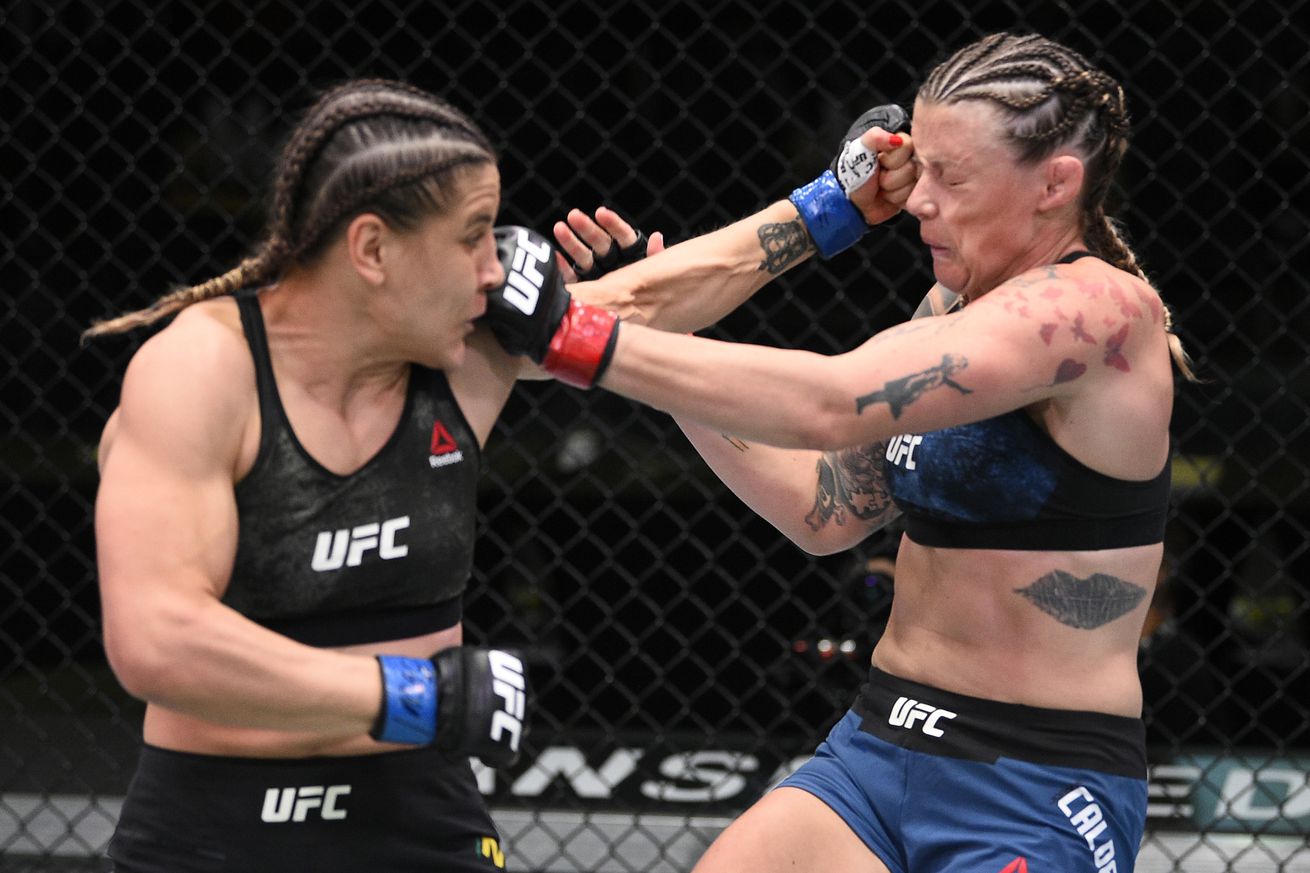 Calderwood was active with her lead leg early, attacking the lead leg and mid-section with quick kicks. Maia put together a combination and landed with the hook. Calderwood landed some good kicks and avoided her foes swings, but Maia adjusted by firing to the mid-section and clinching up. Both women kept up a high pace. Stabbing front kick scored for Calderwood, who then caught a kick and scored a takedown. From her back, Maia adapted a high guard and tried to isolate an arm. After a minute or so of failed armbar attempts from Maia, Calderwood left her arm in bad position for too long. The Brazilian was able to hook and leg and throw up her legs, securing the armbar position. Calderwood tried to defend by planting her shin across the face, but Maia knocked her over and secured the tap.

Just like that, Calderwood’s title shot evaporated. Maia, meanwhile, has won three of her last four bouts, so there’s a chance that she’s next in line for the title. Either way, it was a slick armbar!