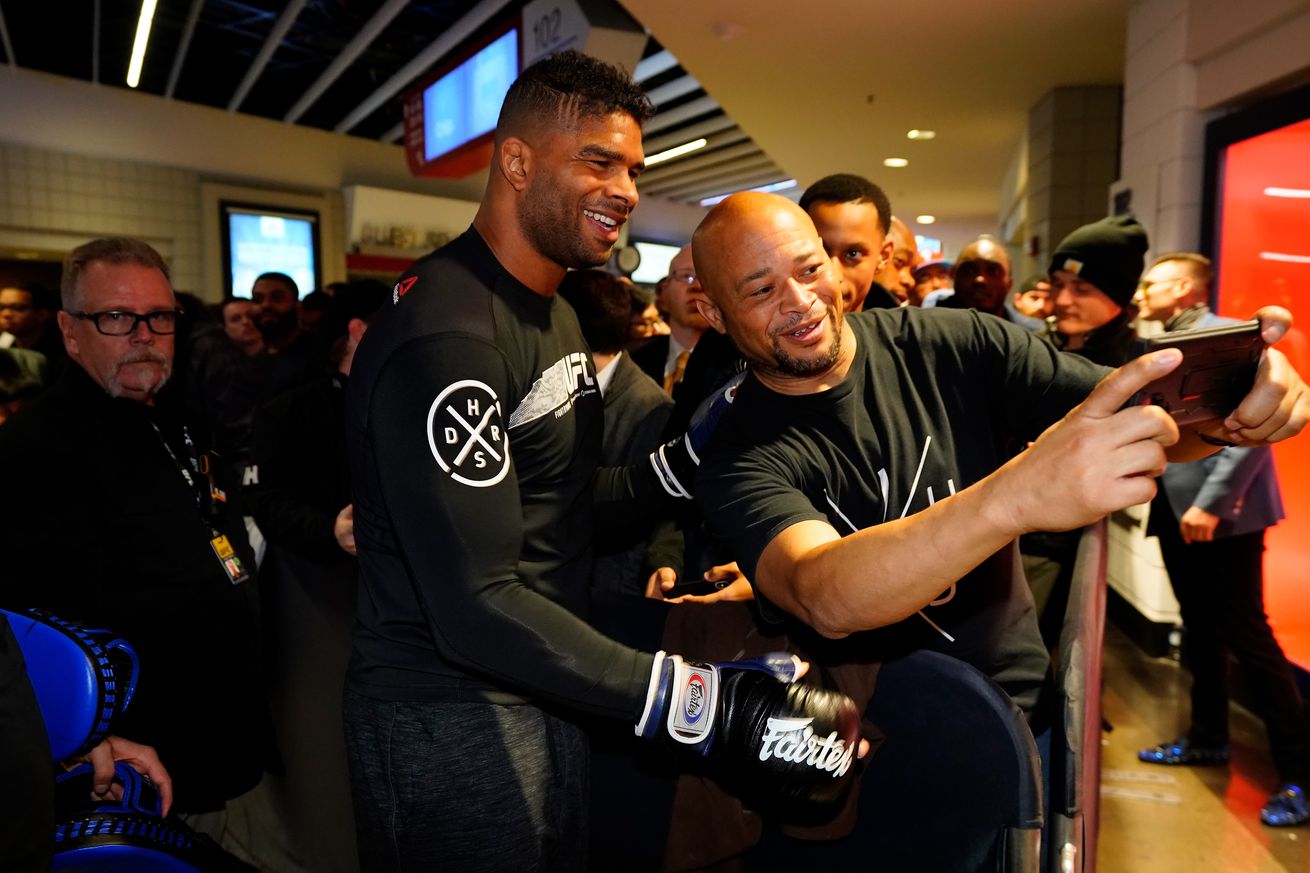 Get a detailed breakdown of the betting lines for UFC on ESPN 7, which is set to hit Capital One Arena in Washington, D.C., this weekend (Sat., Dec. 7, 2019), including best bets, underdogs, favorites and much more!

Two men with lots of syllables and just as much knockout power duke it out inside Capital One Arena in Washington, D.C., this Saturday (Dec. 7, 2019) when Alistair Overeem throws down with late replacement Jairzinho Rozenstruik in UFC on ESPN 7’s main event. Also on tap are a trio of divisionally relevant Bantamweight bouts, a clash of top women’s Strawweight contenders, and the return of Stefan Struve against Ben Rothwell.

We’ve only got three events left in 2019 to claw our way back to where we were, so let’s get to it:

The long shot bet on Sergio Moraes failed and Ariane Lipski was bumped from her parlay after a last-minute opponent switch, but things turned out nicely. Though Douglas Andrade and Jan Blachowicz had tougher times than expected, they came out victorious and netted a nice profit.

UFC On ESPN Odds For The Under Card:

Thoughts: Tim Means looks like a reasonably safe investment, while Bryce Mitchell is there for those looking to push their luck a bit.

Means is five inches taller than Alves, has an equivalent amount of reach on him, and is the fare more dangerous striker at this point in their respective careers. Alves’ inability to close the distance on longer foes was on full display against Curtis Millender, and though Means isn’t quite as freakishly lanky as “Curtious,” he assuredly has the tools to make the most of his reach advantage. If Alves’ wrestling were still a factor, he might have a shot at the upset, but odds are Means tears him to pieces from the outside.

As high as I am on Sayles’ potential, he struggled way too much with Kyle Nelson’s wrestling for me to like his chances against Mitchell. Mitchell is durable and aggressive enough to recreate Nelson’s successes without fading down the stretch; however, Sayles could definitely spark him with that booming right hand of his, but the possibility of Mitchell grinding out a win is worth the investment. Parlay him with one of the heavy favorites — I’d recommend Virna Jandiroba, who looks poised to wrestle Mallory Martin into the dirt, or Makhmud Muradov, who will run circles around Trevor Smith.

UFC On ESPN Odds For The Main Card:

Thoughts: Ben Rothwell may have disappointed me against Andrei Arlovski, but it’s hard to see him losing to Struve. “The Skyscraper” isn’t knocking out Rothwell with anything short of an aluminum bat, will struggle to put his grappling to use against a superior wrestler, and will crumble from the first clean punch that lands to his chin. Rothwell should get back in the win column with relative ease, so be sure you’re in position to profit.

Aspen Ladd vs. Yana Kunitskaya just seems like a case of two fighters sharing the same wheelhouse, but one being superior in that area. Beyond being ridiculously huge for the division, Ladd looks to be the stronger takedown artist and tends to do far more damage when she ends up on top. Even with the one-punch loss to Germaine de Randamie last time out, I favor Ladd to win the grinding battle and possibly pound out Kunitskaya in the process.

Remember that MMAmania.com will deliver LIVE round-by-round, blow-by-blow coverage of the entire UFC on ESPN 7 fight card this weekend, starting with the ESPN+ “Prelims” that are scheduled to begin at 6 p.m. ET, then remaining undercard portion that will air on ESPN proper at 7 p.m. ET (main card begins at 9 p.m. ET on ESPN).

To check out the latest and greatest UFC on ESPN 7: “Overeem vs. Rozenstruik” news and notes be sure to hit up our comprehensive event archive right here.