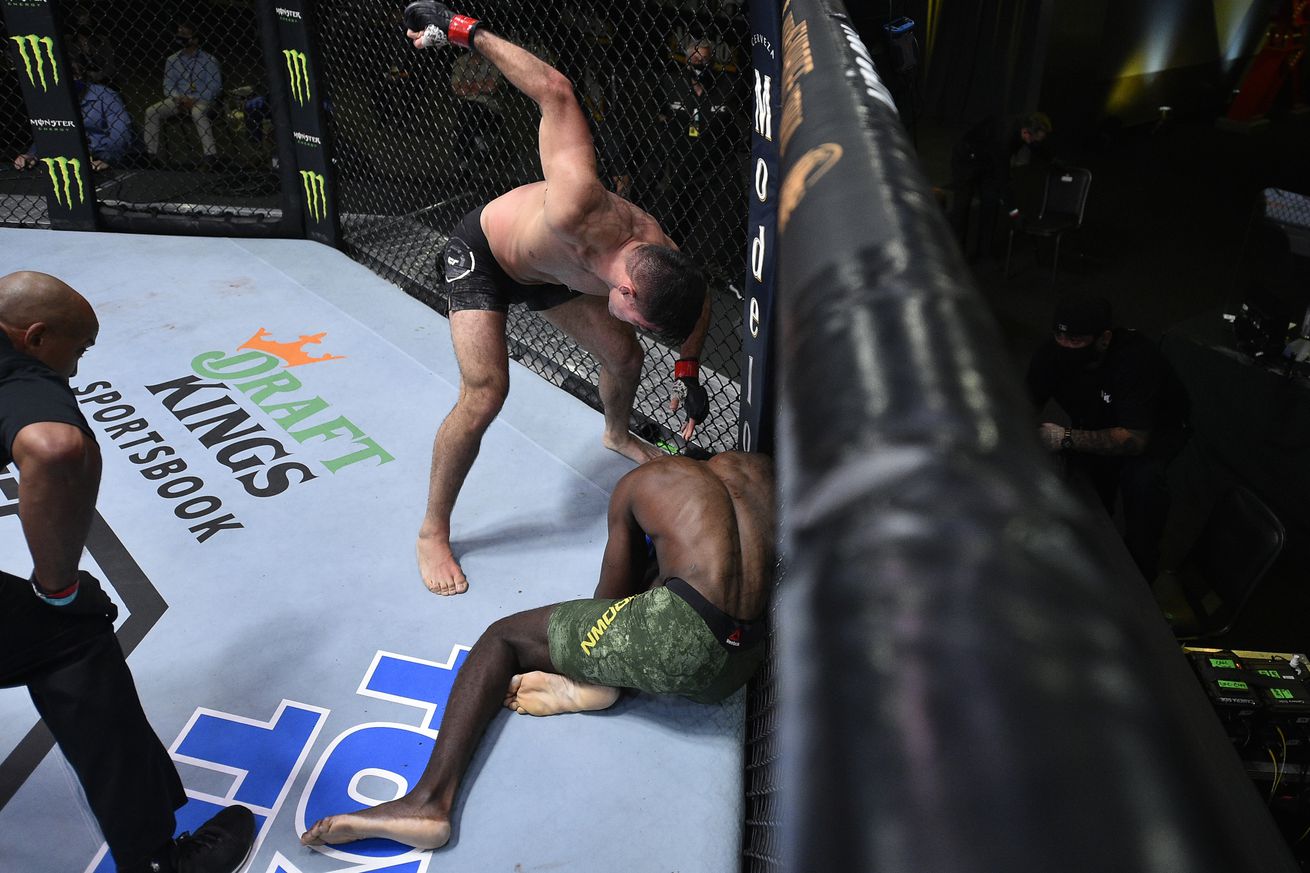 Vicente Luque continued to prove he’s one of the best finishers at 170 pounds earlier tonight (Sat., Aug. 1, 2020) at UFC Vegas 5 live on ESPN+ from inside UFC APEX in Las Vegas, Nevada, when “Silent Assassin” took out Randy Brown via knockout (knee and punches) late into the second round.

Despite Brown’s size and reach advantage Luque was still able to find his range early and land some of his best shots. He hurt “Rude Boy” multiple times and threw dangerous strikes from all levels. Luque capped his efforts off with moments left in the second round as he blasted Brown with a nasty knee along the cage. Brown fell to the canvas and Luque showered him with heavy fists before the referee stepped in.

Check out the highlights above courtesy of UFC/ESPN.

With this performance, Luque nabs his second consecutive win since losing to former UFC title challenger Stephen Thompson last year. Luque also improves his UFC record to 12-3 in just five years of work. That’s pretty incredible considering Luque lost the Ultimate Fighter: ATT vs. Blackzilians finale in his Octagon debut. What’s even more impressive is the fact that “Silent Assassin” has finished 11 out of his 12 UFC victories.