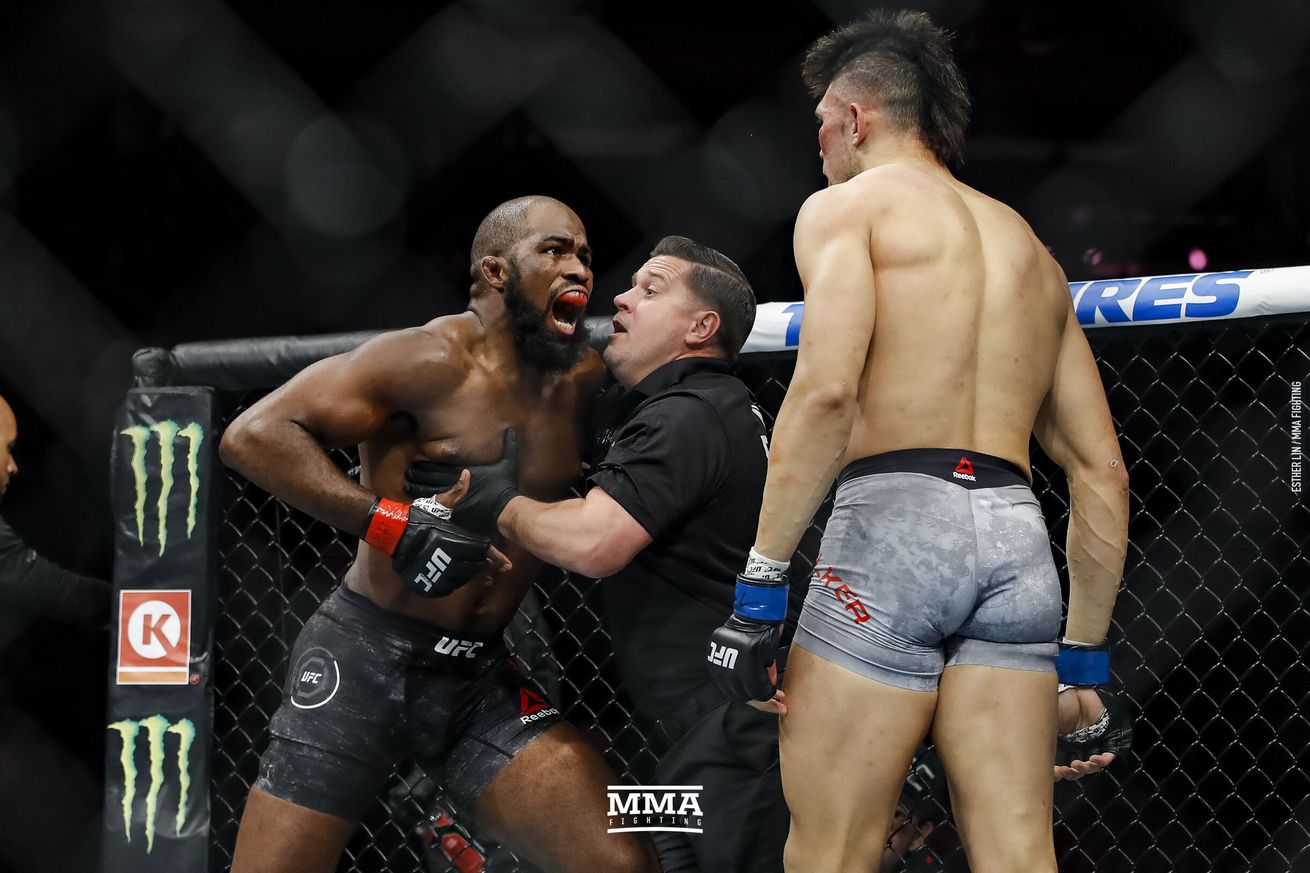 Corey Anderson kind of floated through his first five years in the UFC without making much of an impact, despite starting things off going 6-2 over the first two years. Back to back losses to Jimi Manuwa and Ovince St. Preux in 2017 didn’t help, but once Corey got back on the winning path he made it clear he wasn’t willing to be ignored any more. After four straight wins, he certainly should have more hype behind him, but it’s only with his most recent win over Johnny Walker at UFC 244 that he’s getting serious press.

It’s unclear whether a bigger part of that has to do with him releasing the anger of being ignored during his interviews, or if it’s the release of that anger in the cage that’s helped most. The Walker win was his first knockout win in three years. And while we’ll have to see if he brings his inner fury into the cage against Jan Blachowicz on Saturday in Rio Rancho, he’s certainly brought it when talking to the media.

”I’m very confident with myself, I’ve found my stride,” Anderson told ESPN after the ceremonial weigh-ins. “After the OSP knockout I had to go back and go to the drawing board. I realized that I had never done any basic classes, any basic boxing. Never took a muay thai, kickboxing class. So I really dedicated myself for months with people who came from work, from a 9 to 5, taking classes with them and just learning the basics. Once I figured that out and got back into it, you see the last two years have been phenomenal.”

Which is what makes it so frustrating that he hasn’t been getting the attention he feels he deserves.

”Even after everything I’ve done, the three fights before the Johnny Walker [win], everyone was like ‘Corey has beaten nobody,’” he said. “I beat Ilir Latifi, who was ranked fourth, and Glover Teixiera ranked third who fought for a title. And you can sit there and say those are nobodies? So that was kinda disrespectful to me and then for the UFC to call me and say ‘We want you to fight Khalil Rountree and then Luke Rockhold and then Johnny Walker. None of these guys are top five. Why am I fighting outside? And it’s like I was telling my wife, I remember going to the fight like I was really going to kill somebody. Like ‘If he dies, he dies.’ That’s the only way. Like I’m pissed. They keep doubting me.”

As for Blachowicz, Anderson sees a fight that he’ll take no matter where it goes.

”I can beat him everywhere,” Anderson declared. “You saw with Johnny Walker. He was fireworks in a bottle, that’s what the UFC said all week. He’s knocking people out, but who got knocked out? I can do it all. I use my wrestling primarily because that’s who I am. I’m not going to go away from it. But if the opportunity is there to hit him with these hands, he’s going to feel these knuckles.”