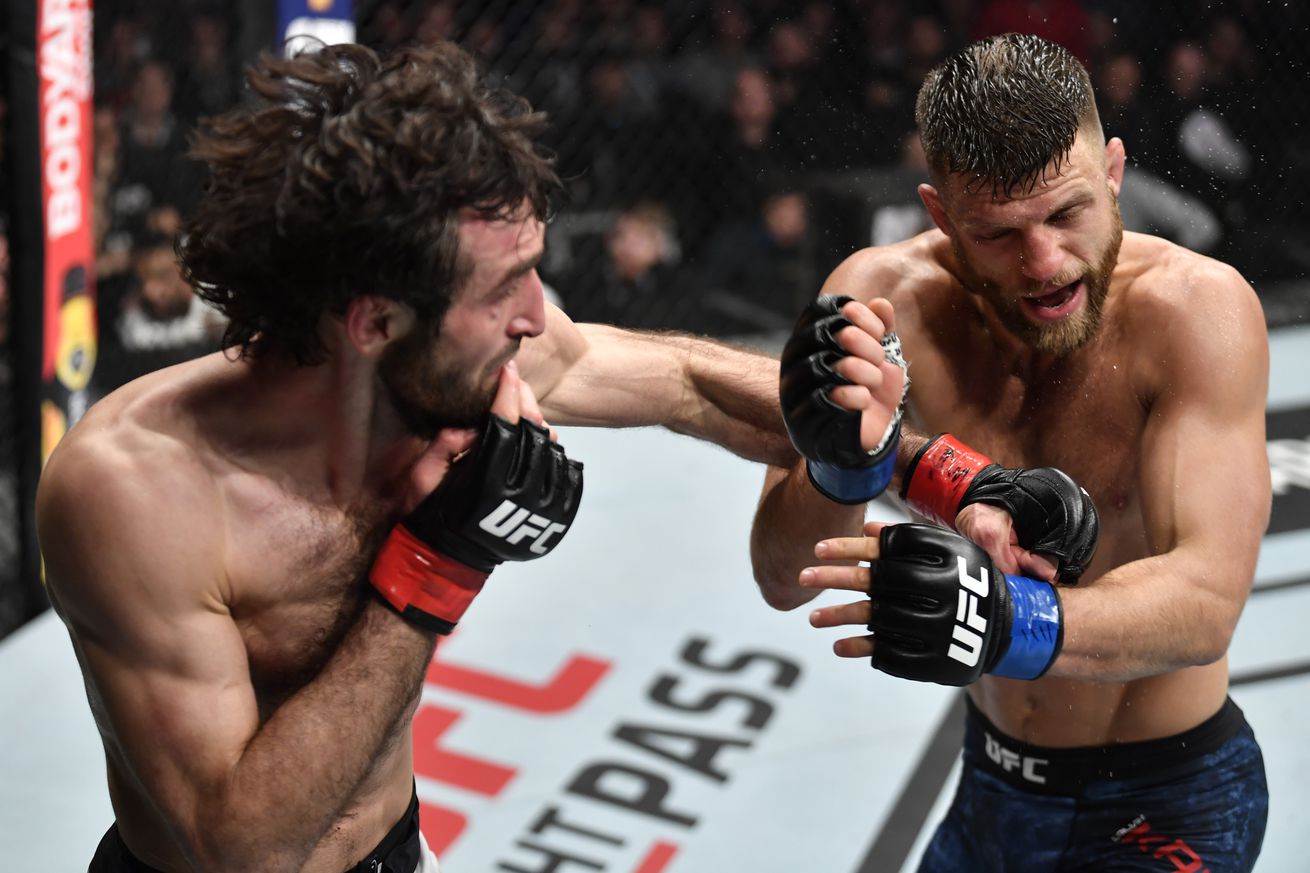 Surging featherweight contender Zabit Magomedsharipov kept things rolling earlier tonight (Sat., Nov. 9, 2019) at UFC Fight Night 163 live on ESPN+ from inside CSKA Arena in Moscow, Russia, when he outlasted a very formidable Calvin Kattar in the main event to the tune of a unanimous decision win.

There was early pressure down the pipe from Kattar as he mixed hard leg kicks with straight punches. Zabit followed up with his own leg kicks before testing his luck with a spinning back fist. Kattar came back with combinations along the cage, but Zabit was there to dig to the body with counters. A leg kick from Zabit scored a brief knockdown before Kattar returned to his feet to land combinations inside.

Magomedsharipov pushed the pressure early on into the second and landed a slick spinning kick to the body. Zabit was able to land more legs kicks and really started to have his way on the outer edges with Kattar. That was before Kattar turned the tides in the third round and landed brutal uppercuts inside followed by hard combinations that seemed to tire Zabit. Kattar kept the offense high as he ran in for a flying knee, but Zabit was there to take him down and rode out position until the end of the fight.

While this featherweight affair would have benefited from an extra two rounds, it was great while it lasted. Kattar certainly gained momentum in the third round, but didn’t do enough over the course of the first 10 minutes to edge out “ZaBeast” on the scorecards.

Check out some of the wild action below above courtesy of UFC/ESPN.

No plans on backing down.