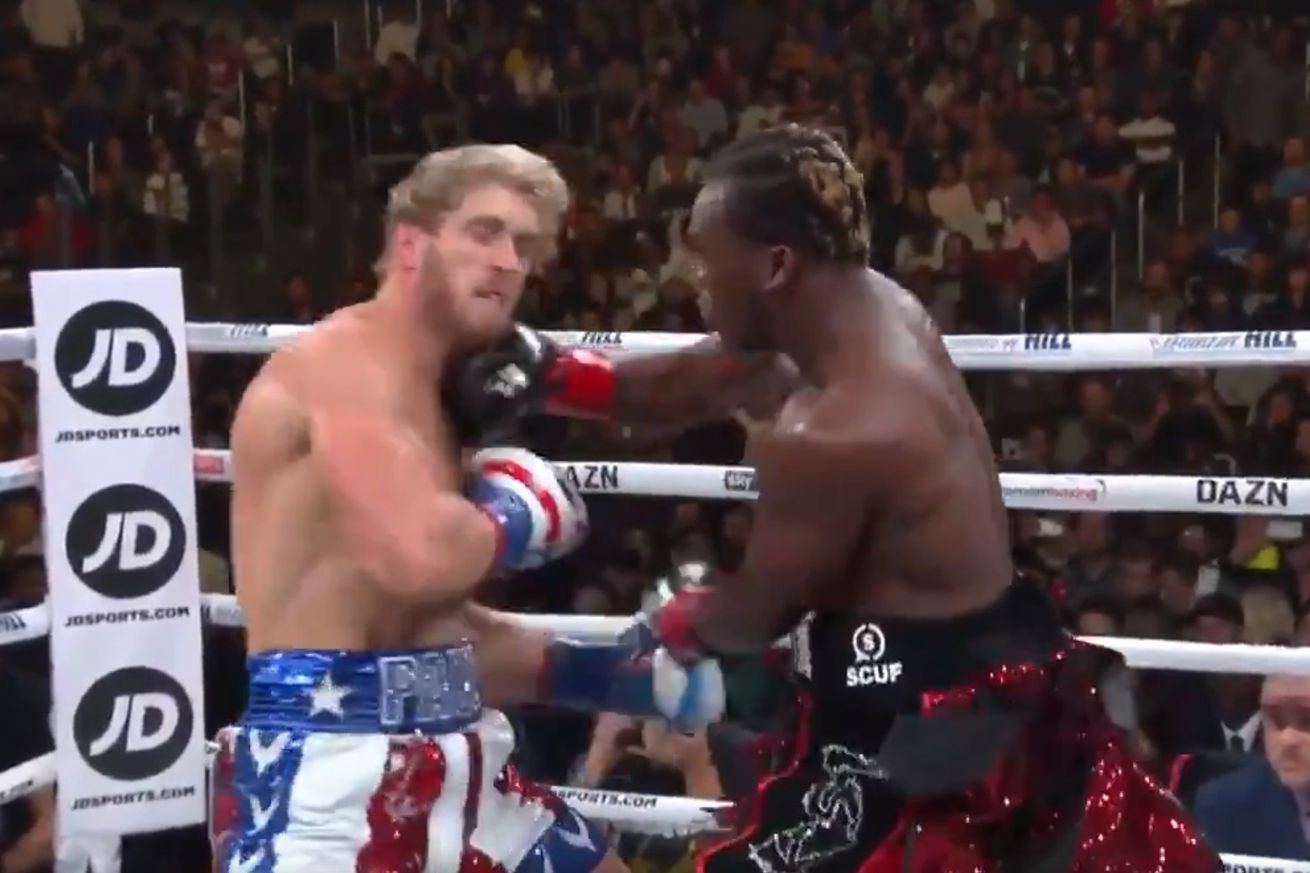 KSI did the early damage with punches to the body. Paul took his time to find his timing and then started to score with his jab. KSI responded with looping power punches that narrowly missed Paul’s head. Paul was forced to avoid KSI’s looping power shots early into the second round, too. KSI kept punching but really started to blow his energy supply. Paul landed some good body shots to follow up but KSI was able to counter and chase Paul down with combinations along the ropes.

The third round saw Paul land more punches to the body. Mouth wide open, KSI kept plodding forward with power shots and ended up catching Paul with a punch behind the ear that dropped him. Although, the referee did not rule it a knockdown. Early combinations came from Paul in the fourth round. Both men looked considerably tired, yet still met in the center of the ring to settle their beef. Out of nowhere, Paul caught KSI with two huge uppercuts and sent him to the ground, but held his head on the way down and seemed to land another punch. The referee counted the knockdown but took two points away from Paul, changing the course of the fight.

Good right hands by Paul to start the fifth. KSI kept moving but still seemed hurt from the damage suffered in the previous round. Paul smelled blood and started to gain some confidence with his attacks. The final round saw KSI get a second wind and try to take Paul’s head off. Both men found a home to the body before KSI landed a flush right hand.

In the end, the two points cost Paul and KSI ended up walking away with the split-decision win. Had the referee only taken one point away from Paul this rematch could have ended up in another draw.

Check out the full fight video highlights above and below, both courtesy of DAZN:

Logan Paul scores a knockdown over KSI, but is deducted two points.#KSILoganPaul2 pic.twitter.com/KIdOMIgEKb