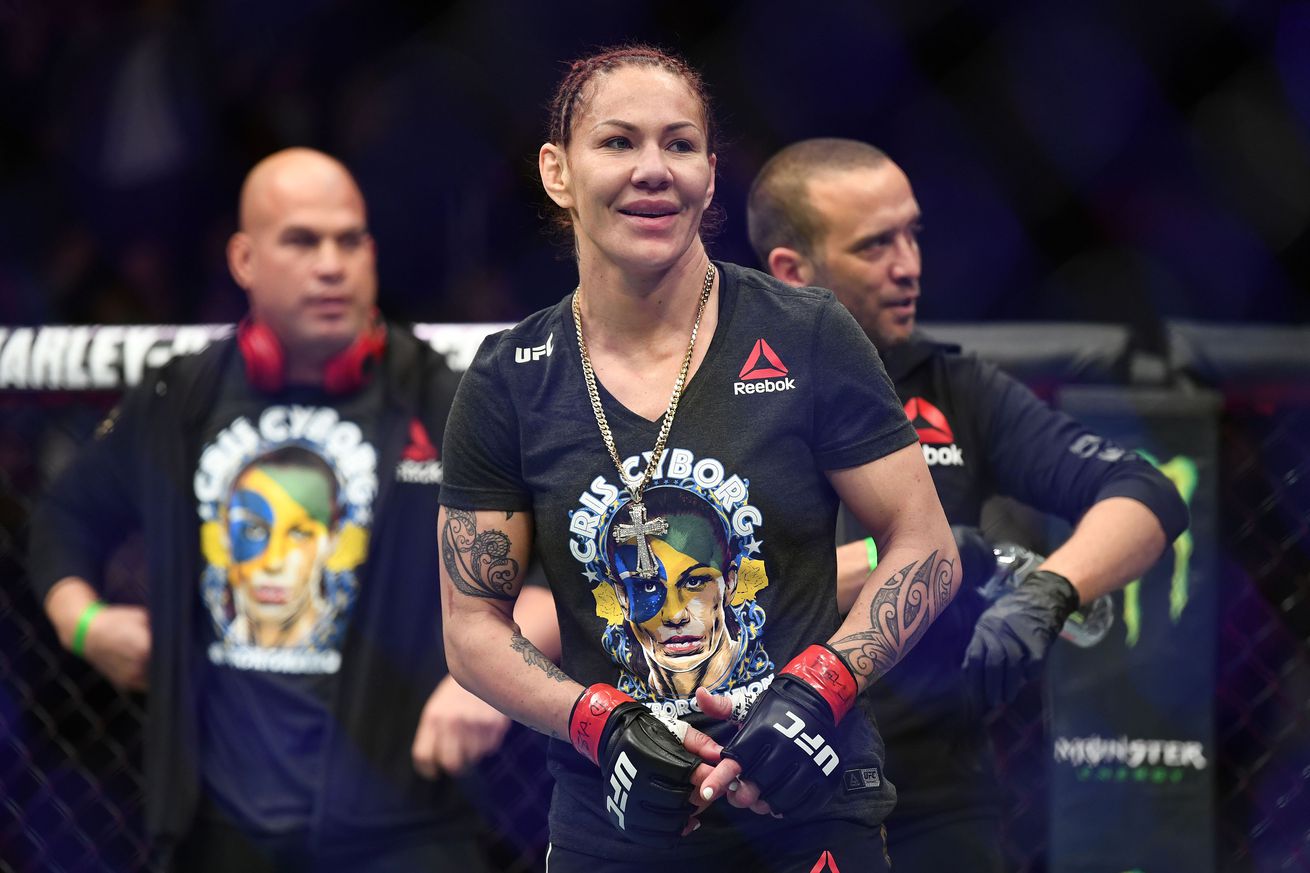 Former Ultimate Fighting Championship (UFC) women’s Featherweight champion Cristiane Justino recently revealed she’d be testing the free agent market once her deal with the promotion comes to an end. And that will be coming sooner, rather than later, as Cris is expected to fulfill her final bout on her current contract against Felicia Spencer at UFC 240 on July 27 in Edmonton, Alberta, Canada.

Once she’s able to shop around, there will be several promotions eager to obtain her services, including Bellator MMA, who is currently under the direction of Scott Coker, Cris’s former boss under the Strikeforce banner.

“Listen, if you are a free agent, give us a call. This is a Viacom-backed company and we will take care of the fighters that move the needle for us,” said Coker during a recent media scrum. “So, if she is free one day, please give us a call.”

The chances of Cyborg re-signing with UFC are growing slimmer by the day, as the power-punching pugilist didn’t take too kindly to Dana White claiming she didn’t want to run it back against Amanda Nunes after suffering a first-round knockout to her last December.

“I was at home and watching the press conference and I cannot believe Dana White said that,” Justino told ESPN. “The opportunity is coming and I have the opportunity to see my value with other promoters. I think it’s cool to see that before you can hear anything that you don’t have value. Let’s see what another promoter has to say.”

Since Cris entered the Octagon back in 2017, her relationship with Dana has been hot and cold…mostly cold. Still, both parties managed to work side-by-side and Cris racked up five straight wins before running into “Lioness” at UFC 232.

But it seems win, lose or draw against Spencer, Cyborg is ready to venture into new cages, which could mean bad news for the progression of UFC’s women’s 145-pound weight class.